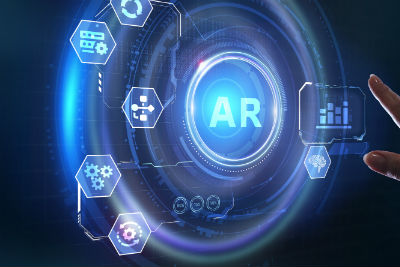 The AR agency is now a day’s moving ahead with augmented technology. This kind of technology overlay information which refers to sounds, images and text. This differs from virtual reality. As a technology the augmented reality delivered by the ar agency expands their physical world adding layers of digital information onto it. This as like virtual reality does not create the whole artificial environments to replace real with virtual one. This appears with direct view of an existing environment and adds on sounds, videos and graphics. This augmented reality connects to the digital animation which is special called the “marker” else with the help of GPS in phones pinpoint to the location. This is happening in real time within the content of the environment. Indeed this makes a line between real and virtual life. This seems quite true reality for all of us.

What the augmented reality does is imposes graphics, audio and various other sensory enhancements to the real world environment. This is great and simple as well as quite advanced than any other technology. In the next generation technology these AR agency are going to display graphics and take it to the next heights when it’s concerned to viewer’s perspective. With the augmented reality the technology is moving ahead in which the users can find elements enhanced through system generated inputs. With this the designers create inputs ranging from sound to video as well as from graphics to GPS overlays. Well, more the digital content more the response in the real time changes.

It’s important for every AR agency to know that when they are starting the augmented reality;

For understanding the augmented reality, it’s important to understand the evolution of the technology. As per the AR agency, it got its birth in laboratory settings since 1960’s and made some impressive technical as well as cultural progress since long time. It became well known when it featured with 4D movies at the amusement parks which use water, air, sound, lights and movements to create immersion. Augmented reality is noted to enhance the simple shopping experience with the augmented coupons or the product previews. It has delivered the processing powers to the smart devices and provided mobility to the smart phones. The augmented reality has taken commercial level to a great height.

The future doesn’t take on phones and tablets will be only the addresses of augmented reality. Still it’s under the spaces which continue to stand on including the augmented reality function with contact lenses and with other wearable devices. Its ultimate ambition is to create a convenient and natural immersion to sense that the systems, phones and tabs are getting replaced sooner. Even these glasses are going to take new form of smart glasses. After all sorts, this augmented reality also stands under ethical as well as political issues. So these must be avoided and we must move forward to look on such developing technologies taking great spaces.

At the end of the day, the industries which are mainly demanding the best level of augmented reality, then it is always important for the people to find the agency and make use of it. If you are struggling to find the right experts, then you can choose the best and make use of it in your budget at any time. Well, this is what people who all are looking for the AR solutions can make use of it.