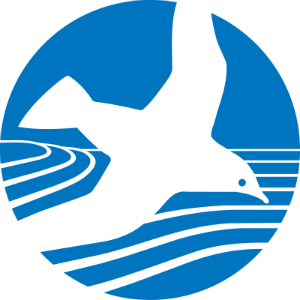 The Chesapeake Bay Foundation biennial State of the Bay report score decreased one point this year to 33, equivalent to a D+. The drop was largely due to increased pollution and poor water clarity caused by record regional rainfall.

“The good news is that scientists are pointing to evidence of the Bay’s increased resiliency and ability to withstand, and recover from, these severe weather events. And this resiliency is a direct result of the pollution reductions achieved to date. In addition, we did see increases in scores for dissolved oxygen and Bay grasses since 2016, but the recovery is still fragile,” said CBF’s Director of Science and Agricultural Policy Beth McGee.

Established in 1998, CBF’s State of the Bay Report is a comprehensive measure of the Bay’s health. CBF scientists compile and examine the best available data and information for 13 indicators in three categories: pollution, habitat, and fisheries. CBF scientists assign each indicator an index score from 1-100. Taken together, these indicators offer an overall assessment of Bay health.

“This is a challenging time for Bay restoration. Massive environmental rollbacks in clean-water and clean-air regulations proposed by the Trump Administration may make achieving a restored Bay more difficult,” said CBF President William C. Baker. “Another restoration hurdle is the fact that science expects more extreme weather events in the future as the result of climate change.”

Two of the 13 indicators, dissolved oxygen and Bay grasses improved. In the pollution category, toxics were unchanged, while water clarity, and nitrogen and phosphorus pollution were worse. In the habitat category, scores for Bay grasses and resource lands improved, and buffers and wetlands remained the same. In the fisheries category, scores for oysters, crabs, and rockfish remained the same, while the score for shad declined.

This year’s score is still far short of the goal to reach 40 by 2025 and ultimately a 70, which would represent a saved Bay. The unspoiled Bay ecosystem described by Captain John Smith in the 1600s, with its extensive forests and wetlands, clear water, abundant fish and oysters, and lush growths of submerged vegetation serves as the theoretical benchmark and would rate a 100 on CBF’s scale.

The Clean Water Blueprint requires the Bay jurisdictions to decrease pollution to local creeks, rivers, and the Bay. State and local governments have committed to achieve specific, measurable reductions. The states agreed to have the 60 percent of the needed programs and practices in place by 2017, and to complete the job by 2025.

Of the primary Bay states, Virginia and Maryland were close to meeting the 2017 goals but need to accelerate pollution reduction from agriculture and urban/suburban runoff. Pennsylvania continues to be far short of its goals, mostly as a result of falling behind in addressing pollution from agriculture.

“Pennsylvania’s farmers are facing tough economic times and can’t implement the necessary practices on their own. The Commonwealth must join Maryland and Virginia to fund proven clean water initiatives to help farmers,” Baker added. “If the state legislature does not fund efforts to reduce pollution in its next session, EPA must hold Pennsylvania accountable. In addition, we are standing with The Maryland Department of the Environment to require that Exelon mitigates for the downstream water quality damage caused by their operation of the Conowingo Dam, which changes the timing and form of pollution reaching downstream waters. One cost-effective mitigation option is to help reduce the pollution coming down the Susquehanna River before it can ever reach the dam.”

“The State of the Bay report comes as Virginia’s legislators are preparing to make decisions in the General Assembly that will determine the health of our rivers and the Bay for years to come.

“Governor Northam has proposed a historic investment in farm conservation practices and reducing polluted runoff from Virginia’s cities and suburbs. The General Assembly has long recognized the importance of restoring the Bay, and their continued support is vital to ensuring the Bay’s recovery doesn’t backslide. Legislation is also needed to increase the ability of local governments to use trees to improve water quality in local streams and the Chesapeake Bay.

“The outcome of this General Assembly session is vital to the future of the Bay. By working together, we can restore our waters and improve the economy and protect the quality of life here in the Commonwealth.”

“Cleaning up the Bay is long-term and difficult. Setbacks happen. In Maryland, we’re grappling with heavy rains this year that caused extended high flows in the Susquehanna River, which flushed debris, sediment, and other pollutants into the Bay. We’re also beginning to understand the implications of the state’s new oyster stock assessment that showed the oyster population in Maryland’s portion of the Bay has fallen by half since 1999.

“Yet despite these setbacks, the ecosystem is showing resilience to this year’s environmental stressors due to increasing growth of underwater vegetation and robust investments in land preservation. While we can celebrate these successes, we must also focus on making policy changes to ensure the Chesapeake Clean Water Blueprint can handle the realities of changing weather patterns that challenge the Bay’s long-term health. Expanding Maryland’s protections for oysters and forests are changes leaders should pursue to make the Bay more resilient.”

“There’s a lot of work left to be done in Pennsylvania. And the unprecedented rains of last year, which threaten to become the new normal, left farmers and families without their crops, their homes, or in some cases, even their lives.

“But there is a growing energy and enthusiasm that the Commonwealth can meet the challenge. More farm conservation practices have been found than were known, communities are banding together to address stormwater issues, and long-term river studies are showing improving trends. Poised to capitalize on this momentum, the Commonwealth has led a collaborative, stakeholder-based effort to create the third iteration of the Chesapeake Clean Water Blueprint.

“Now is the time for Pennsylvania’s elected leaders to accelerate this momentum by investing in the priority practices, places, and partnerships that will bring the plan into reality.

In summary, Baker added, “The Blueprint is a road map to a restored Bay. If the states and EPA do their part, we can succeed in achieving the greatest environmental success the world has ever seen.”