U.S. Sens. Mark R. Warner (D-VA) and Rand Paul (R-KY) have teamed up on a bipartisan proposal to empower federal workers to identify and cut down on unnecessary federal spending.

U.S. Senators Mark Warner and Tim Kaine have introduced the bipartisan Biennial Budgeting and Appropriations Act of 2015 in an effort to reform Congress’ budgeting process.

Attorney General Mark Herring issued a statement on a Senate bill that would take away in-state tuition from students who have been declared “lawfully present” through acceptance into the federal “Deferred Action for Childhood Arrivals” program.

Text of remarks from House Speaker Bill Howell on the opening of the 2015 Virginia General Assembly session.

Governor Terry McAuliffe on Tuesday announced the launch of the Governor’s Access Plan, or GAP, which will provide vital medical and behavioral health services for 20,000 individuals who have a serious mental illness and are uninsured.

It is my hope that our colleagues in the Senate will take up the good bills coming out of the House and join us in advancing policies to build a stronger America for our children and grandchildren.

Governor Terry McAuliffe announced today a series of legislative proposals aimed at enhancing employment and educational opportunities for Virginia veterans as part of his ongoing effort to build a new Virginia economy.

What are the chances of a successful Bob McDonnell appeal?

Attorneys for former Virginia Gov. Bob McDonnell are saying they will appeal his convictions on 11 counts in a federal corruption trial that has him headed to prison on Feb. 9. But what are the chances that an appeal can be successful? 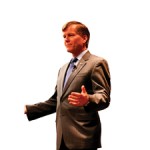