Shenandoah: The Washington and Lee University Review has announced the winner of its three major genre prizes for Volume 63.

Ttickets for “Opening Day Presented By Food Lion” of the 2015 ACC Men’s Basketball Tournament (Tuesday, March 10) will go on sale to the general public on Friday at 10 a.m.

Airisun Wonderl will pull back the curtain of mystery that sometimes has hidden the magnificent marble Swannanoa that stands atop the line between Augusta and Nelson counties.

Expert on the Berlin Wall to speak at Bridgewater College

Dr. Hope M. Harrison, associate professor of history and international affairs at The George Washington University, will speak on “The 25th Anniversary of the Fall of the Berlin Wall and German Historical Memory.”

Much hotter summers, loss of forests expected as Virginia climate heats up

I’d tell anybody who asked to do what I did. Run a couple of laps around the track. It will be hard at first, but you’ll find soon that we’re born to run, that it’s good for you, and that your time out running is the best thing there is for meditation ever invented.

Dr. Whitfield Scott explains why minorities still don’t have the same level of freedom in his new book, A Focus on the African American’s History of Enslavement, Contribution to the Growth of the Nation, and His Struggle to be Free. 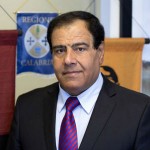 During a three-week war between the Israeli military and Palestinian fighters in the Gaza Strip, two tank shells crashed through the bedroom wall of a home where Dr. Izzeldin Abuelaish lived with his family.

The imbalance in intensity in the political battle raging in America is largely due to the deficiency of moral and spiritual passion in Liberal America,