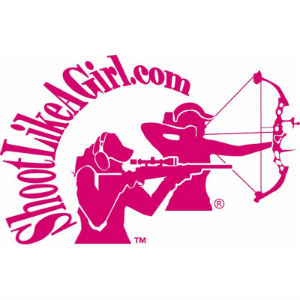 They studied several disciplines including pistol, rifle and shotgun shooting, archery and hunting. Noteworthy, women are choosing to spend their recreational time in shooting sports, as the study showed, target shooting for fun was the leading activity across all disciplines.

“It is a known fact that women have been the fastest growing demographic for several years now, and we continue to grow. There is a chance that our data is a course correction for the industry, too, based on the responses received after our query of a sizeable number of women.” stated Karen Butler, President/Founder of Shoot Like A Girl. “We have the unique opportunity with our social media and email lists to reach over 146,000 women who participate and/or are interested in shooting sports, and they were enthusiastic to provide their input.” Butler went on to say.

Survey data was compiled from more than 2,600 women in a three-day period from a population reached of 76,890. The total number of women who completed this survey enabled generalization to the entire population of women shooters, with a 99% confidence level and a 2.6% margin of error.  The study found the current growth in participation since reported in 2015 by the National Shooting Sports Foundation has increased by as much 189% in some disciplines.

This substantial increase in the number of women participating in shooting sports sends a strong signal to manufacturers and businesses alike. In times where overall retail numbers and hunting licenses are on a decline, women’s growth is nourishing sales in both and also impacting their families spending. Women control 85% of every consumer purchase in the United States and if they are participating in shooting activities, studies show, their children participate at a higher rate than households where just the man participates.

Butler stated that she conducted the survey to show the magnitude of the impact and importance of women participating in shooting sports. Staying true to Shoot Like A Girl’s mission, Butler wanted to provide the industry with hard facts so manufacturers and businesses will continue to increase products and opportunities for female participation in the shooting sports industry.

The full report from Shoot Like A Girl breaks down activities by discipline, hunting by animal species hunted and gives information on club and organization memberships, as well as equipment used.  For more information email [email protected]