Cutting through the Gitmo detainee issue

The Top Story by Chris Graham

Amnesty International human-rights advocacy director Jumana Musa has some advice for the Bush administration as far as its handling of the most recent flareup of controversy regarding the treatment of terror suspects at Guantanamo Bay is concerned.

“The news is out there. The onus is on the administration to answer these allegations of abuse,” Musa told The Augusta Free Press.

The relative paucity of information about ongoing investigations into the allegations – to date, there have been more than 370 criminal investigations into reports of mistreatment of Gitmo detainees, the Pentagon confirmed last week – is made to appear suspicious in light of the “blanket denials that anything is going on,” Musa said.

“That contention doesn’t hold water, and it didn’t hold water initially for organizations like ours,” Musa said. “But after we’d seen the pictures that came from Abu Ghraib, and we’d seen the government investigations detailing a number of abuses in U.S. custody, and seen statements from the FBI and other sources admitting this – we’ve seen some prosecutions, we’ve seen coroners’ reports – at this point, there’s too much information available to allow anybody to go on thinking that nothing is going on in Guantanamo or anywhere else.

“And now we’re seeing the administration coming after groups like Amnesty International as taking the word of known liars and people who want to kill Americans,” Musa said, referring to comments on the Gitmo abuse issue offered last week by President Bush and Defense Secretary Donald Rumsfeld.

“But as we’ve pointed out, there’s a whole list of solid governmental sources of this kind of abuse. To try to pawn this off as a few disgruntled ex-detainees who are lying and want to kill Americans just doesn’t work anymore,” Musa said.

The Pentagon says that it is in fact taking reports of abuse seriously. Spokesman Flex Plexico told the AFP that the Department of Defense is wrapping up an investigation into a number of allegations of abuse prompted by a series of FBI e-mails that were made public in December.

Another investigation – into reported abuse of the Koran by Gitmo guards – revealed a consistent, documented policy of respectful handling of the Muslim holy book dating back two and a half years, said Plexico, a lieutenant commander in the United States Navy.

A charge related to the abuse issue raised by Amnesty International and other human-rights groups is that Gitmo detainees are being held essentially in communicado – and are not given basic access to regular contacts with family members either in on-site visits or through written communications.

“One of the things that we are accused of is that we are presuming that these things are happening, because they don’t let us in. I’ve been told that by government officials. My response was, regardless of what we presume, the fact that you won’t let independent human-rights monitors in does give the presumption that something is going on,” Musa said.

A spokesman for the International Committee of the Red Cross told the AFP that the Geneva, Switzerland,-based organization actually has ready access to detainees.

“We’ve been to visit facilities at Guantanamo Bay and other locations across the world where detainees are being held more or less since early 2002,” spokesman Florian Westphal said.

“We meet with detainees and also observe conditions in facilities that we monitor, then report directly to the detaining governments rather than discussing the results of our findings publicly. We have determined that this is the best way to progress, by developing a working relationship with detainees and with officials,” Westphal said.

Amnesty and other administration critics have also brought up the issue of the lack of access for Gitmo detainees to basic legal due process to determine whether their detentions are valid.

“That is not true. The fact is that detainees are screened on the battlefield before they’re ever deemed eligible for transfer to Guantanamo Bay,” Plexico said.

“Every detainee held at Guantanamo Bay has gone through a combatant status review tribunal. And every detainee gets an administrative review board. That’s an annual review of a detainee to ensure that if the detainee does or does not have any intel value, continues to pose a threat to the United States or its allies, or is eligible for military commissions subject to war crimes,” Plexico said.

“If the answer to all three of those are no, then the detainee is recommended for release,” Plexico said. “So there are adequate screening processes in place to help ensure that we detain no one any longer than is absolutely necessary.

“We have said from the very beginning of this operation in January 2002 that the Department of Defense doesn’t want to detain anyone any longer than is absolutely necessary. But we have to balance that with the responsibility that we have to protect United States citizens from future terrorist attacks,” Plexico said.

Musa questions the contentions by administration and Pentagon officials that everything is on the up-and-up at Guantanamo Bay.

“The fact is, they can try to divert attention from this all they want, and they’ve been doing that from day one, but it’s not going to allow them to escape the fundamental question of the fact that the U.S. government is holding people all over the world, some people in secret detention facilities, who are being held in communicado, and nobody knows what their state of affairs is,” Musa said.

“Until they address that fact, until they open up all these detention facilities, allow independent human-rights monitors, allow full due process, access to attorneys, access to families, either charge people and try them or release them, this criticism is going to be ongoing,” Musa said.

Plexico said he expects this will be the case.

“It’s very common for people to want to do the right thing, and some people believe that the right thing is to criticize the detention operations at Gitmo,” Plexico said.

Rockingham County: Flagging set to be in place beginning next week on Route 682

USMNT battles to 0-0 draw with England; can advance with win over Iran on Tuesday

Firefighters rescued a disabled woman from a Harrisonburg apartment fire on Friday afternoon.

A Copper Hill man died from injuries sustained in a single-vehicle crash on Route 221 in Floyd County on Thursday.

‘Nobody had a losing mentality’: How Coach Mox has turned Virginia around 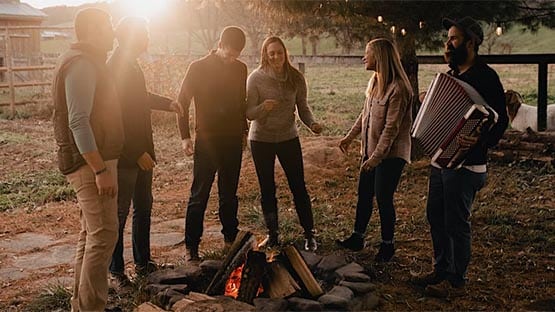