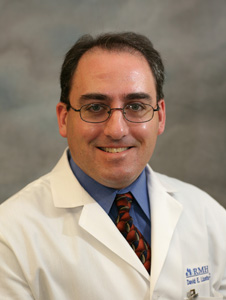 David Lizotte, lead physician assistant for RMH cardiovascular and thoracic surgery, has been elected president of the Association of Physician Assistants in Cardiovascular Surgery (APACVS).

Lizotte was part of the team that helped establish the RMH cardiothoracic surgery program in 2008, allowing members of the community to receive 24-hour, life-saving cardiac care close to home.

“I am very proud of David’s accomplishments and his recent election as president of the APACVS,” said Dr. Steven Marra, medical director, RMH Cardiothoracic Surgery. “This honor by his peers demonstrates their recognition of him as a leader in patient-focused quality care and provider accountability, not only at a local level but also on a national level.

Lizotte completed a 2-year team as APACVS vice president in 2011.

“To be chosen to represent my peers as president of our national organization is truly an honor,” Lizotte said.

A physician assistant (PA) is a member of a health care team that practices medicine under the supervision of physicians and surgeons. A PA can provide diagnostic, therapeutic and preventive health care services.

APACVS, founded in 1981, represents more than 700 physician assistants in the field of cardiovascular and thoracic surgery. The group provides educational, scientific and political support for members.