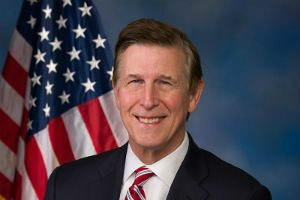 The House adopted Rep. Don Beyer’s (D-VA) amendment to require increased reporting from federal agencies on the location and basic details of unaccompanied children in their care.

Under Beyer’s amendment, the Office of Refugee Resettlement (ORR) would be required to share a monthly census by facility of unaccompanied minors by age cohort and gender with Congressional Committees of jurisdiction and legal orientation providers.

Beyer’s remarks during debate on his amendment are below, and video is available here.

“My amendment would require the Office of Refugee Resettlement to disclose to committees of jurisdiction and to legal orientation providers a monthly census of the unaccompanied children in their custody, and to do that broken down by gender and age.

This amendment arose from our personal experience last year – when during the height of family separation, we couldn’t find out where kids were being held in Virginia. In fact, when we did find out, we found out from the media, from newspaper reporters and television reporters.

I recognize the need to respect these minors privacy, but there has to be an exception for the individuals who are in a position to help them—people on the Congressional committees that have oversight, and their legal counsel – they’ve got to know where they are.

This is especially true now that we’re learning that ORR is using unlicensed facilities like Homestead [Florida] and Carrizo Springs [Texas]. Increased transparency around unlicensed facilities is necessary in order for the legal advocates to effectively monitor the conditions and track violations to the Flores Settlement.

The legal orientation providers can’t serve these kids if they don’t know where they are, and neither they – the legal help for these children – nor leaders in Congress should be learning of shelters through the media.

The second piece of the amendment is the monthly census and broken down by age and gender. Right now we don’t know whether the kids are 17 years old or babies or a 17-year-old with a baby. Now ORR is under statutory mandate to reunite these kids as quickly as possible, and tracking gender and age will tell us whether they are doing it or not.

We need to know where the kids are and for how long they are. And beyond that sense of duration, we need a much more accurate count – we don’t want to hear one number from the agencies and a different (and more accurate number) from the media.

We’re dealing with kids – I’ve visited a couple of these facilities in Virginia and they desperately need our help and we need to be able them, and knowing where they are will really do that.”