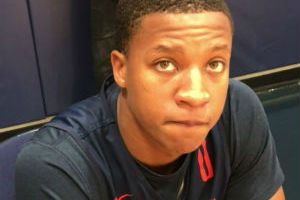 Devon Hall started and scored two points, both from the free-throw line, in Oklahoma City’s 78-66 loss to the Utah Jazz in the NBA Summer League opener for both teams on Sunday.

Hall, a 2018 second-round pick by OKC, split the 2018-2019 season between Australia and the NBA G-League. The 6’5″ guard averaged 9.2 points, 4.4 rebounds and 2.5 assists per game in Australia before joining the Thunder’s G-League affiliate, OKC Blue, where he averaged 7.3 points per game in 10 appearances.