Governor Terry McAuliffe announced today that the PBS Civil War drama series Mercy Street will be returning to Virginia for a second season of filming.

The hit PBS television series “Downton Abbey” and life in the Edwardian era provide the inspiration for a new exhibition at Bridgewater College titled “BC Goes Downton: Life Here and Across the Pond from 1900-1920.”

Governor Terry McAuliffe announced that PBS has selected Virginia as the filming location for a new Civil War television series that is a blend of hospital drama and family saga.

After 40 years, the voice of the Marching Virginians is signing off

If you’ve been to a Virginia Tech football game in the last 40 years, you’ve heard Paul A. “Tony” Distler’s distinctive and clear baritone boom over the public address system during the Marching Virginians’ halftime show. 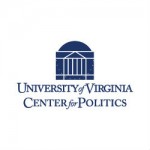 Ahead of the 51st anniversary of the Kennedy assassination, the UVA Center for Politics has launched a series of new online classes to accompany the new, expanded paperback edition of Larry Sabato’s The Kennedy Half Century.

Virginia Democratic Senator Mark Warner and Republican challenger Ed Gillespie will debate tonight at 7 p.m. EDT. The candidates will meet at the WCVE PBS TV studios in Richmond, VA. The debate is co-produced by WCVE PBS and WTVR CBS 6, and co-sponsored by the League of Women Voters of Virginia and AARP Virginia.

Bill Nye the Science Guy to speak at W&L

Bill Nye, scientist, engineer, comedian, author and inventor will speak at Washington and Lee University on Thursday, Oct. 9, at 7:30 p.m. in the Keller Theater, Lenfest Center for the Arts. 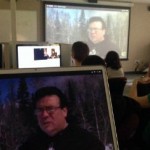 Major news media are paying attention to an environmental and political crisis developing in Wisconsin, and EMU professor Paulette Moore and her spring documentary students are in the middle of the news story.

WVPT Public Television, serving the Shenandoah Valley and Central and Northern Virginia, welcomes visitors to the opening of the new location for its studio and business offices on Thursday, September 11th from noon until 8:30 p.m.

Today the campaign of Sen. Mark Warner announced his acceptance of eight additional joint public forums with Republican nominee Ed Gillespie, including two televised debates, to discuss the issues most important to Virginians.

The Woodrow Wilson Presidential Library in conjunction with Susan Abeles and Gertraud Hechl of Bonhams Auction House will conduct a hands-on jewelry workshop at the Wilson Library and Research Center in Staunton.

The Waynesboro Cultural Commission will present ten of the best entries in its 2013 and 2014 Short Film Competition at WTA’s Gateway, 329 West Main in downtown Waynesboro on Sunday June 22.

WVPT, the PBS station that serves the Shenandoah Valley and Central Virginia, announced that the Festival of Family Fun will be at the Rockingham County Fairgrounds, Saturday, June 7th from 10 a.m. to 3 p.m.

This January, The Greenbrier resort in West Virginia is launching its Discovery Series, a collection of eight weekend events with themes ranging from interior design to the culinary arts, blues music to craft beer brewing, and from antiques to wellness.