AccuWeather reports a storm bringing heavy rain, fog, thunderstorms, a swath of snow and travel delays will converge on the Northeast, Midwest and South leading up to Christmas.

It’s a busy day in UVA sports, and Augusta Free Press has you covered. The football team is in Blacksburg to take on Virginia Tech at Lane Stadium at 8 p.m., and the basketball team is in New York City for the Barclays Center Classic with a 9:30 p.m. tipoff with LaSalle.

Inside the Newsroom: Augusta Free Press in New York City!

Virginians headed to NYC for largest climate event in history

Over 80 activists from Richmond and surrounding areas began their journey to the People’s Climate March taking place today in New York City. The march, which starts at 11:30 a.m., is being hailed as the largest climate march in history. 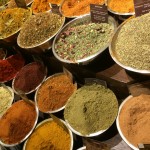 So, you may have noticed that we have been MIA for a the last week or so. Well, that’s because we were living it up in Connecticut and New York City! Jessica lives up in Connecticut, so I went up to visit for about 5 days. We spent the first few days visiting some amazing places around her place in Connecticut, then went into the city for a 24 hour NYC adventure.

David J. Reimer, Sr., released the fourth edition of Craft and Micro Distilleries in the U.S. and Canada: The Definitive Guide to Small Batch Artisanal Spirits, the only guide dedicated to North American craft and micro distilleries.

Going to Tahiti Productions and The Writer, Ink will shoot the 45-minute Farm Story pilot in Staunton and surrounding areas September 8, 2014 through September 17, 2014.

ACC Digital Network host Jeff Fischel talks with ACC Commissioner John Swofford about the possibility of moving the ACC Tournament to NYC in the future and what his thoughts are on the first 5-day ACC Tournament.