The Commonwealth of Virginia received the highest overall rating among states nationwide for the 2014 National Health Security Preparedness Index.

The Virginia Department of Health Office of Minority Health and Health Equity kicked off its 100 Congregations for Million Hearts faith-based campaign.

Eastbound Route 250 Bypass will be shifted onto a newly constructed ramp at the McIntire Road intersection on Monday, November 10th.

The Virginia Department of Health opened an Ebola Hotline today to help answer questions from the public and provide the most up-to-date information to Virginians.

The Virginia Department of Health is launching its Countdown to Quit Day, October 20, to help tobacco users prepare for Virginia Quit Day, November 20.

Governor Terry McAuliffe announced Friday that the Commonwealth is taking additional steps to strengthen the level of preparedness for the Ebola virus by mobilizing a statewide unified command group. This group is responsible for coordinating resources and personnel.

Effective Thursday, the continued installation of storm sewer and curbing will require intermittent, temporary detours for motorists heading from eastbound Route 250 Bypass onto Park Street. The detour and ramp closure will be extended until Friday, October 10th. Work will occur during the day between 9am and 4pm.

The installation of storm sewer and curbing will require intermittent, temporary detours for motorists heading from eastbound Route 250 Bypass onto Park Street. The detour and ramp closure will occur weekdays between 9am and 4pmon Friday, October 3rd to Tuesday, October 7th.

The Route 250 Bypass in Charlottesville will be reduced to two lanes on Monday, September 15th through Wednesday, September 17th between 9am and 4pm to install a new waterline.

Charlottesville Police Officers will be directing traffic on Park Street at the intersection of the Route 250 Bypass ramps on Wednesday, September 10th as new traffic signals are installed. 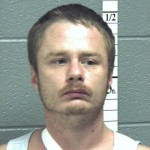 A Fishersville man faces a slew of charges after an ill-fated escape attempt from officers trying to stop him for shoplifting.

The Virginia Trucking Association is urging the more than 1 million Virginians that AAA projects will travel by automobile during the July 4th holiday to practice cuation and patience to ensure our roads are safe.

The Virginia Department of Health and Walgreens recently announced a collaborative effort to offer rapid HIV testing at no charge through 2016 at select Walgreens locations throughout the Commonwealth.

Researchers at the University of Virginia School of Medicine and colleagues in Russia are launching an ambitious effort to check the growing public health threat posed by drug-resistant tuberculosis, especially to people with HIV, in the Siberian city of Irkutsk. 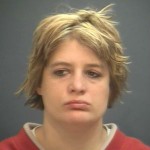 The Waynesboro Police Department arrested a Waynesboro woman on several charges after she crashed her vehicle when trying to flee police late Friday night.