A popular holiday in the U.S., St. Patrick’s Day celebrates the roots of millions of Americans with Irish ancestry.

Buzzed driving is drunk driving. But you knew that already, as much as you try to convince yourself that you got it when you get behind the wheel.

With the holiday season upon us, I wanted to take this opportunity to update you on Virginia’s 14th annual Checkpoint Strikeforce anti-drunk driving campaign.

A Grottoes man wanted for failing to appear on a drunk driving charge in Waynesboro is in custody in Florida.

Virginia State Police team up with Virginia Tech, UVA to launch Drive to Save Lives

With traffic deaths on Virginia highways on the increase for the first time in two years, the Virginia State Police is hoping a new collaborative campaign with two of the Commonwealth’s flagship universities will help bring much needed attention to the necessity for all Virginians to make traffic safety a priority.

How tough is Virginia on DUI?

With drunk driving causing nearly a third of all motor vehicle fatalities and with penalties for DUI varying widely by state, the personal finance website WalletHub conducted an in-depth analysis of 2015’s Strictest and Most Lenient States on DUI.

St. Patrick’s Day is one of deadliest days of the year because of drunk driving

St. Patrick’s Day brings to mind shamrocks, leprechauns, pots of gold, and good luck. But no amount of luck can save you from a drunk-driving crash.

Sunday’s Super Bowl featuring the Seattle Seahawks and the New England Patriots is expected to be the nation’s biggest sporting event of the year, with millions of fans gathering to watch at house parties, restaurants and bars where alcohol plays a prominent role in the festivities. 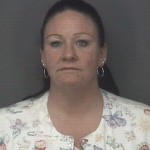 The Waynesboro Police Department arrested a Verona woman for drunk driving after she backed her car into a police cruiser late Saturday night.

AAA: More than one-third of traffic deaths on St. Patrick’s Day are alcohol-related

St. Patrick’s Day is well known as a day to celebrate by eating and drinking with friends and family. However AAA Mid-Atlantic warns it is also one of the deadliest days on the roadways as 34 percent of motor vehicle fatalities on this day were connected to drunk driving, according to 2011 data provided by The National Highway Traffic Safety Administration (NHTSA).

Virginia State Police will be stepping up patrols New Year’s Eve in an effort to detect and deter impaired drivers on Virginia’s highways. Since Thanksgiving, troopers have been participating in the annual Checkpoint Strikeforce anti-DUI enforcement campaign and the “Drive Sober or Get Pulled Over” holiday crackdown.

The number of drunk drivers ordered to install Ignition Interlock Devices (IID) in their vehicles has nearly doubled in Virginia, as a result of a new law that went into effect a year ago. The new law commands first-time DUI offenders to place the breathalyzer device in every vehicle they own and operate.

Drive safe – or else – this holiday weekend

Notwithstanding statewide progress in the fight against drunk driving over the past decade, drunk driving is still killing six people a year in Augusta County, according to Virginia Department of Motor Vehicles data of alcohol-related traffic deaths averaged over the last five years.  Augusta County averaged the 11th most drunk-driving fatalities in Virginia during the […]

State cracking down on drunk driving

Some good news on driving safety today from Gov. Bob McDonnell: Traffic fatalities on Virginia roadways will reach a record low in 2010 for the second straight year. Some bad news on the safety front today from AAA: A new report indicates that 10 percent of drivers have driven while under the influence of alcohol […]

Attorney-general candidate Steve Shannon launched the third television ad of his campaign today. The ad highlights Shannon’s experience as a prosecutor and his opponent’s weak record on drunk driving legislation. “Drunk driving poses a serious threat to the safety of Virginians,” Shannon said. “With over 900 alcohol-related accidents every month, it’s a problem we can’t […]

Democratic Party attorney-general candidate Steve Shannon announced his comprehensive plan to combat drunk driving in Virginia today at the Annual Conference of the Virginia Association of Chiefs of Police. Shannon’s plan will increase enforcement of drunk driving laws, strengthen penalties for drunk drivers, make sure prosecutors have the tools they need to get convictions in […]