A recent trade mission to Mexico could build Virginia’s economic ties to the state of Baja California.

Governor Terry McAuliffe will lead a three-day trade and marketing mission to Mexico from May 1-4, 2017.

As a Catholic, I have several concerns about the Holy Father’s criticism of the United States immigration policy.

﻿It’s not about what we’re telling the world when we react to terrorism by pushing yet again to close our borders to people fleeing a civil war.

Who made the list of Virginia Four and Five Diamond restaurants, properties for 2015?

AAA Mid-Atlantic has announced the 22 hotels and 12 restaurants in Virginia that earned the Four or Five Diamond Rating during the past 12 months.

U.S. milk production is up nearly 4 percent from a year ago, and so is production per cow and the size of the nation’s collective dairy herd.

James Madison University is working with CarrSports Consulting on the development of a comprehensive athletics strategic plan that is expected to be ready for public review in early 2015.

Country-of-origin-labeling was approved in 2009 as part of the 2008 Farm Bill, but Canada and Mexico immediately filed suit in the World Trade Organization. 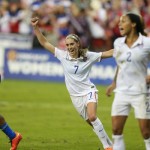 Gas prices: Another dime comes off price at the pump

Good news continues for motorists filling up at the gas pump this week. The national average price for regular unleaded gasoline dropped to $3.14 per gallon Friday, a new 2014 low. Friday’s average is ten cents less than one week ago, and 23 cents less than one month ago.