UVA’s Brian Delaney will be triple-threat at kicker 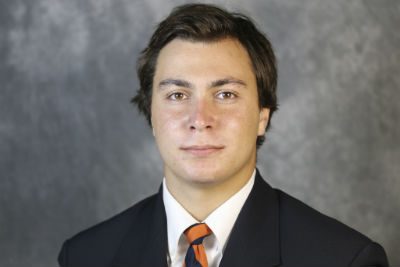 Junior Brian Delaney will handle placekicking and kickoff duties when UVA takes the field at Pitt on Saturday, which was not exactly unexpected.

He’s also listed atop the depth chart at punter, along with former walk-on Nash Griffin.

Coach Bronco Mendenhall conceded the scenario – one guy handling all three phases of the kicking game – is unprecedented for him.

“It’s a tribute to Brian that he’s had the kind of numbers that he has, and it makes him more valuable. I’m pleased with what I’ve seen there,” Mendenhall said at his weekly presser on Monday.

His emergence, after struggles in the kicking game in Mendenhall’s first two years in Charlottesville, gave the offense another dimension.

Lester Coleman handled the punting duties a year ago, averaging 41.8 yards per kick, sixth in the ACC, but his ability to pin opponents down helped Virginia rank second in the conference in net punting, averaging 40.1 yards when factoring in returns and touchbacks.

Delaney, as the kickoff specialist in 2018, averaged 63.4 yards per kickoff, with 47 of his 73 kickoffs resulting in touchbacks.

Delaney is the only player listed on the depth chart at the specialist position.

Mendenhall said Monday that Griffin was awarded a scholarship on Saturday night based on his performance in camp, “so that kind of lets you know what I think of him and what I expect from him,” the coach said.

So, there is depth behind Delaney, which, good news, on top of the good feelings about Delaney’s performance in camp.