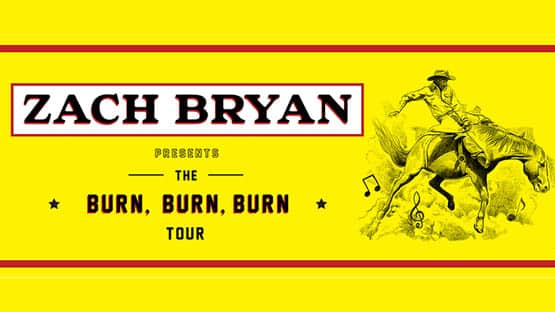 GRAMMY Award-nominated rising country superstar  Zach Bryan returns to the road this year for the “Burn Burn Burn” North American Tour with his first stop at John Paul Jones Arena in Charlottesville on May 10.

Throughout the summer, he will headline some of the nation’s most popular arenas and amphitheaters coast-to-coast with the tour closing at T-Mobile Center in Kansas City on Aug. 30.

On Dec. 18, Bryan and his band appeared on the smash television series “Yellowstone” performing “Motorcycle Drive-By” and “Summertime Blues.”

Hailing from Oologah, Okla., Zach Bryan has gone from serving in the U.S. Navy to rising to the forefront of country. Bryan signed with Warner Records and and to date has had more than 3 billion global streams.

Tickets and more information is available at https://www.axs.com/zachbryan

‘Caring for Critters’: Sponsor a snake, falcon or other animal to gift for Valentine’s Day