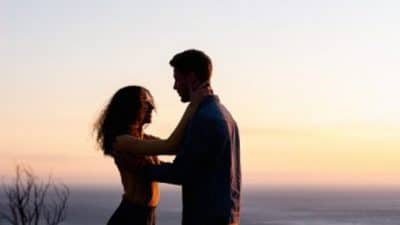 Nearly 50 percent of American adults are single and the average date costs more than $90.

Happiness for some singles depends on where they live, and to determine where the highest chance for finding love is in America WalletHub compared more than 180 cities across 36 key indicators of dating friendliness. Data includes the share of the population that is single, the number of online dating opportunities and the average price for a two-person meal.

The highest share of single Americans is 74.83 percent in Burlington, Vermont, which is two times higher than in Fremont, Calif., the city with the lowest at 37.68 percent.

Experts offered advice on dating while on a budget.

“Dating does not have to be limited to locations like restaurants and bars that come with a hefty price tag. There are many other locations for first (and subsequent) dates that work just as well, if not better,” Lecturer and Research Associate at Cornell University Karin Sternberg said in a press release. “Many people like to take walks or hikes — but choose a location that is not isolated since you do not know the person you are meeting. You can go to a museum together or meet up at a bookstore. Other options may be trivia nights at pubs, a trip to the dog park if you are dog lover, or going bowling. Or do something that is a first for both of you — see a new city close by or explore a state park you have not been to (again, stay away from remote areas). Be creative and find something both people are interested in; many fun things do not cost anything or are relatively cheap. There is another advantage to engaging in activities together rather than meeting for dinner. When you are doing something together, you are less likely to have those awkward pauses in conversation when no one knows what to say next. Some silence is totally OK when you are taking a walk, and the activity is also likely to give you something to talk about. Plus, your first date is likely to be much more memorable that way than when you have dinner together.”

Dr. Jacki Fitzpatrick, an associate professor at Texas Tech University, said that singles dating on a budget should be precise about the apps they choose.

“If they truly want to be only casually involved with others, then they should not use premarital apps. If they truly want to find long-term partners, then it is not a good investment to use casual encounter sites. Parallel to other living expenses while on a budget, singles should target their efforts on the best fit for their authentic goals,” Fitzpatrick said in the press release.

What should singles be looking for when choosing a city?

“There are a few general things to look for: Is there a reasonable variety of bars, clubs, and restaurants where you can meet people? Are there other locations where you can meet people, like spaces for open-air concerts, places that offer art or other classes you are interested in, etc.? To meet other people, you will have to go out and do something, and it helps if you can go out and do something you actually enjoy. In that way, you will also know that the potential date shares an interest with you. It also depends to some extent on what you are looking for in a potential partner. If you are looking for someone who is very outdoorsy and active, you would be better off considering a city that offers a lot of options for pursuing the hobbies you like, because there are likely many others who will engage in the same activities. That is true in general: Choose a city that has a lot to offer for your own interests because it will attract like-minded people,” Sternberg said.

Fitzpatrick said experiencing a location as a tourist or a resident can “be a dramatic difference.”

“Most residents do not live in hotels with constant access to service staff. They cannot afford a car service or go to ticketed events (sports, concerts) every night. If possible, individuals should spend some time in a city during the offseason. Get a motel room or short-term rental in a neighborhood where they could realistically afford to live. Explore whether this neighborhood is a good fit for their daily routine. If they plan to spend a lot of time in another neighborhood (e.g., the theater district, the latest trendy place), then experience the costs. For example, how much time and money would roundtrip typically take? All of this information can help singles make realistic choices about whether they can actually live in a particular city,” Fitzpatrick said.

Experts also provided comment on whether they think virtual dating is a viable option to save money but also enjoy dating.

“Yes, in the beginning. Online dating gives people access to a much larger pool of potential dates. It is OK to write and have video chats at first. However, I suggest that people move their dates to an in-person format sooner rather than later. After all, you are most likely looking for an in-person relationship and not an online relationship. People behave differently in real life than on the screen, and when you meet someone in person, you share actual experiences together, which helps you bond and get to know the other person. As I have pointed out above, if budget is an issue, there are lots of activities you can do that are free or low-budget. Do not be discouraged by a low budget; just get creative,” Sternberg said.

“There are some groups of singles for whom virtual dating is not a good fit. For example, high-tactile individuals gather information via touch (including nonsexual-touch). It helps them determine whether they have a connection with dating partners. They might perceive that virtual dating is a bad investment because it deprives them of this physicality. Similarly, the virtual format is a bad investment for people who (a) are uncomfortable with technology-mediated communication [TMC] or (b) do not have affordable access to computers/iPad…For others, virtual dating can be a very good option. Given that they can choose the parameters (e.g., times, their locations) of their dates, individuals can create an environment where they feel safe and relaxed. If they have had experience with TMC (Facetime, Skype, Zoom meetings), then the virtual context could be second nature to them. This comfort level could make it as easy to focus on the interactions as if it was an in-person date. If individuals are not enjoying the date, it is often easier to exit a virtual space. In addition, this space can avoid the accompanying expenses of in-person dating (such as restaurants). There is no inherent reason virtual dating is less informative or enjoyable than traditional dating,” Fitzpatrick said.