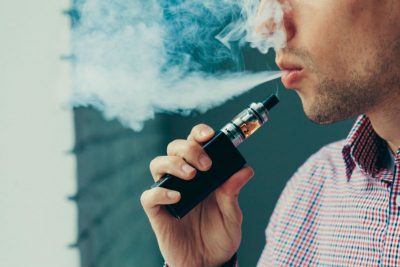 U.S. Sen. Tim Kaine joined Sen. Patty Murray, ranking member of the Senate Committee on Health, Education, Labor, and Pensions (HELP), and 24 of their Senate colleagues in sending a letter to Secretary of Health and Human Services Alex Azar denouncing the administration’s delay in issuing a final compliance policy to better address the growing epidemic of youth e-cigarette use.

The senators urged the Food and Drug Administration (FDA) to finalize its promised compliance policy and clear the market of unauthorized, flavored e-cigarette products, including mint and menthol flavors.

In the past year, e-cigarette use has increased by more than 75 percent among high school students, largely fueled by the appeal of products with flavors like candy, fruit, mint, and menthol. Nearly two-thirds of youth that use e-cigarettes use mint and menthol products. Though the Trump Administration has promised to address the epidemic, the FDA has yet to finalize the compliance policy on flavored e-cigarettes and is even reportedly considering exempting mint and menthol flavors, despite its promise to include them in the compliance policy. As delays persist, children continue to be drawn to flavored e-cigarettes.

“Because of the ever-increasing epidemic of youth e-cigarette use that has been fueled by flavors that include mint and menthol, we implore the Administration to finalize a compliance policy removing all unauthorized, non-tobacco flavored e-cigarettes from the market immediately,” wrote the senators. “It must not bow to industry or political pressure at the expense of the public health.”

Kaine has a long track record of promoting public health and battling tobacco use. Earlier this year, he introduced the Tobacco-Free Youth Act, bipartisan legislation to raise the nationwide minimum age to buy all tobacco products from 18 to 21. The bill passed the Senate Health, Education, Labor, and Pensions (HELP) Committee in June. Over the past few months, Kaine has held roundtables in Arlington, Harrisonburg, and Henrico to discuss efforts to address the epidemic of youth e-cigarette use. As Governor of Virginia, Kaine signed a bill into law to ban smoking in bars and restaurants in the Commonwealth, as well as an executive order to ban smoking in state buildings and vehicles.

In April 2018, Kaine joined two letters to the U.S. Food and Drug Administration (FDA) and JUUL Labs, Inc. raising concerns about youth access and use of flavored e-cigarettes. In the letter to the FDA, Kaine and his colleagues urged the agency to take immediate steps to ban kid-friendly flavorings that are used in e-cigarettes and cigars. In the letter to Juul Labs, Inc., Kaine and his colleagues asked a series of questions about how the product is marketed to children and teens and what ingredients are in the flavorings that accompany these devices. They requested that the company take a series of important steps to limit youth use of their product.