Game Plan: How UVA can beat Clemson in the ACC Championship Game 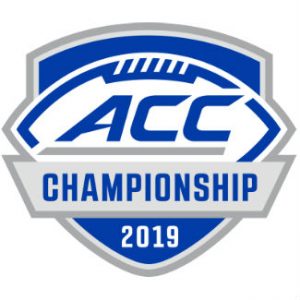 The ESPN Football Power Index, which isn’t about making money, gives the Tigers a 94.9 percent chance of winning.

Your blood, which is equal parts orange and blue, has it more like, what, maybe one in a million?

You know where I’m going here.

“So, you’re telling me there’s a chance.”

Obviously, the UVA brain trust has to think so. You don’t work all week under the assumption that you’re going to get your heads smashed in.

Here’s my best guess at how they scheme it to get one more point after 60 minutes of play.

Virginia has averaged 41.3 points and 480.3 yards per game over its last four.

Clemson hasn’t given up 300 yards to an opponent all season.

Sorry to be all Debbie Downer.

The strength of the Clemson D is its secondary. The Tigers lead the nation in pass efficiency defense, with an absurd 89.4 opponent passer rating this year.

Bryce Perkins has been averaging 306.0 yards per game through the air over UVA’s last four games, suggesting that it’s been the passing game that’s been the key to the turnaround for the offense, which in its first eight had averaged 29.9 points and 344.3 yards per game.

(UVA had averaged 238.8 yards per game through the air in those first eight.)

So, strength vs. strength here.

UVA offensive coordinator Robert Anae has used Perkins an awful lot in the run game – in fact, Perkins leads the Cavaliers in rushing yards, with 687, and attempts, with 196.

He’s going to have to, if possible, ratchet up his usage of Perkins against Clemson, but also be clinical about it.

A lot of Perkins designed runs tend to mimic what other teams do in wildcat formations, with Perkins taking a snap and running a straight dive or a slow-developing sweep.

Those kinds of designed quarterback runs aren’t likely to work against the Clemson front seven, which also happens to be 11th nationally against the run (allowing 106.3 yards per game).

But what might work are quarterback draws that have Perkins taking a shotgun three-step drop, then breaking toward the line of scrimmage after the linebackers and secondary have dropped back into coverage.

Perkins has been at his best on the ground in 2019 on those kinds of designed runs, and otherwise on pure scramble plays (think: the long touchdown run in the third quarter at UNC).

Tailback Wayne Taulapapa (461 yards, 4.0 yards per carry, 12 TDs) has only been getting seven carries per game in the winning streak, so it’s already the case that Anae has decided that trying to go conventional isn’t going to get the job done.

Expect more of the new normal in terms of the approach Saturday night.

As good as the defense is, then you have the Clemson offense, which averages 45.3 points and 541.8 yards per game, and has the ACC’s top quarterback, Trevor Lawrence (2,870 yards, 30 TDs, 8 INTs), the conference’s top running back, Travis Etienne (1,386 yards, 8.3 yards per carry, 16 TDs), and nine receivers with double-digits in receptions.

It’s really no fair, but it also is what it is.

Virginia would have the same hard time everybody else does if it had preseason All-America corner Bryce Hall, but they don’t have Bryce Hall, so, so much for your damned luck there.

Defensive coordinator Nick Howell has been trying everything of late to get stops, but the thinking here is, you’re not going to have much success just sitting back and letting Lawrence pick you apart.

The one thing that has remained constant for the Virginia D has been its ability to get to the quarterback.

UVA is tied for sixth nationally in sacks (43), and it was the pass rush that got the stops late in the 39-30 win over Virginia Tech last week that got the ‘Hoos to the big game.

Expect to see Howell dial up pressure using linebackers, corners and safeties coming from different spots to try to confuse Lawrence, as opposed to just rushing three or four and sitting back in coverage.

Also promise to yourself that you won’t yell at the TV if Lawrence finds somebody in single coverage for a long gainer after the line picks up a blitz, because, it’s going to happen either way, and honestly, you’d rather go down trying to do something than go down letting Lawrence pick you apart.

Do you believe in miracles?

You could say that Charlotte owes us one, since the UMBC upset happened there, a few blocks away from Bank of America Stadium, actually.

The hard thing to swallow here is that Clemson is a bigger favorite Saturday night than the UVA hoops team was heading into the UMBC game.

But, that said, UMBC happened.

So, you’re telling me there’s a chance …