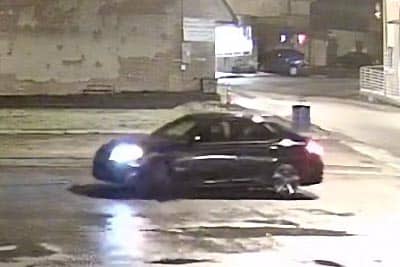 The Virginia State Police Bureau of Criminal Investigation’s Wytheville Field office is seeking the public’s help with identifying the individuals responsible for destroying bank ATMs in Dickenson and Buchanan counties.

The first incident occurred at 1 a.m. on July 30. The ATM in the drive-thru lane of the New Peoples Bank in the 100 block of Main Street in the town of Haysi was destroyed, but no cash was taken.

The second incident occurred at 2 a.m. Aug. 8. Using the same tactics, the ATM at the New Peoples Bank on Route 460 in the town of Grundy was destroyed and robbed of its cash.

At this stage of the investigation, it appears both thefts were done by the same three individuals.

A dark-colored, 2018-22 Toyota Camry with Florida plates was associated with the Haysi ATM robbery. There is also evidence that an F-250 pickup truck was also involved in both thefts.

Anyone with information about either ATM robbery is encouraged to call the Virginia State Police at (276) 228-3131 or by email at [email protected].