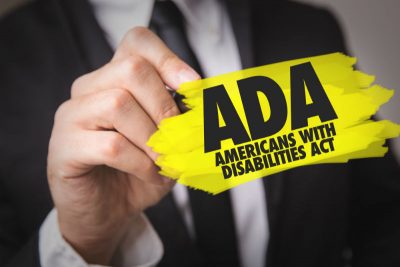 Governor Northam today vetoed House Bill 2296, which would change the Virginians with Disabilities Act (VDA) by requiring a claimant to provide at least 120 days of notification to financial entities prior to the commencement of a lawsuit regarding web accessibility.

This legislation would change the VDA by requiring a claimant to notify financial entities including banks, trusts, savings institutions, and credit unions, at least 120 days prior to commencement of a lawsuit regarding web accessibility.

In his veto statement, Northam points out that the legislation would create “arbitrary delays” in the administration of justice for individuals with disabilities.

“It creates onerous preconditions for the initiation of a lawsuit and shifts the burden of identifying VDA violations from covered entities to people with disabilities,” Northam said. “Additionally, the bill will make it more difficult for people with disabilities to obtain legal representation to aid them in protecting their rights under the VDA. Finally, House Bill 2296 does not address the issue that it seeks to remedy.

“While the bill makes changes to the VDA, it does not and cannot override the federal Americans with Disabilities Act. With this in mind, I encourage stakeholders to work together to find a solution.”