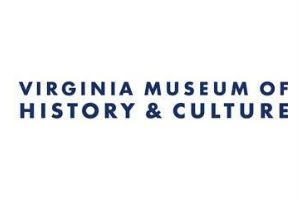 The year 2020 marks the 100th anniversary of the passage of the 19th Amendment, granting women the right to vote.

To mark the centennial year, the Virginia Museum of History & Culture will recreate a famous photograph of Virginia suffragists with a select group of present-day women for a new photo called “Today’s Agents of Change.”

The historic photo taken in 1915 features 17 members of the Equal Suffrage League of Virginia posing in front of the Washington Equestrian Monument on Capitol Square in Richmond.

“The 1915 photograph is one of the most iconic images of the women’s suffrage movement in Virginia, but it features only the socially prominent white women who were members of the Equal Suffrage League, not the full range of women who fought for the right to vote,” said Elaine McFadden, “Today’s Agents of Change” Project Coordinator. “I wondered, what if we had the chance to thoughtfully recreate this image with an inclusive intention? It would be a powerful statement linking the past with the present and it would be a moving tribute to all female agents of change.”

The original photograph was used specifically to promote the first large-scale pro-suffrage film, Your Girl and Mine (now lost), and was produced collaboratively by the National American Woman Suffrage Association and Selig Studio in Chicago, Illinois. After the release of the film, this photo appeared in numerous publications and became a recognizable symbol of the suffrage movement.

The VMHC’s recreation of the historic photo will include about 20 contemporary women who, like the suffragists of the 1910s, are fighting to break barriers for women, to improve their communities, and to make Virginia a more equitable and just society.

Unlike the 1915 image, however, “Today’s Agents of Change” will feature a more diverse group of women in terms of age, racial and ethnic identity, region, and cause or sphere of influence.

“In making our selection of change makers for the photograph, our primary goal was to bring together a group of women who represent a broad range of female activism and accomplishments,” said Dr. Karen Sherry, Curator of Museum Collections. “Of course, we recognize that there are many more extraordinary women activists in Virginia, but we had to limit the number of participants. This photo is a representative sampling, not a comprehensive catalog of contemporary female activism.”

The group photograph will be showcased in the wider, statewide commemoration of women’s suffrage, which includes the exhibition Agents of Change: Female Activism in Virginia from Women’s Suffrage to Today. Together, this exhibition and photograph will spotlight the diversity and dynamism of women’s civic activism throughout Virginia.”

To date, the following women are slated to appear in “Today’s Agents of Change”:

The “Today’s Agents of Change” photoshoot will take place in Capitol Square in Richmond on February 3, 2020 (with alternative dates for bad weather). The photograph will be unveiled on March 8, 2020 and will remain on view in conjunction with the Agents of Change exhibition. In addition, the VMHC is continuing to collect oral histories, stories and materials related to women’s history as part of its mission to preserve and share the stories of all Virginians. If you know a female agent of change, please share her story with us by contacting Dr. Karen Sherry, Curator of Museum Collections at 804.342.9683 or [email protected].

In the planning stages for years, designing Waynesboro’s museum is ongoing for the next six to eight months of 2023.