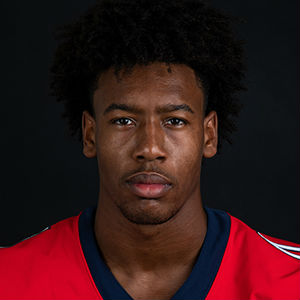 National recognition continues to roll in for Liberty’s Antonio Gandy-Golden, as the senior wide receiver has been named a semifinalist for the 2019 Biletnikoff Award.

Gandy-Golden was one of 12 semifinalist named for the 2019 Biletnikoff Award, as announced earlier today by the Tallahassee Quarterback Club Foundation. The native of Dallas, Ga., has been on the Biletnikoff Award watch list for the last two seasons.

Gandy-Golden has rewritten all of Liberty’s career receiving records. He is the school’s all-time leader in career receiving yards (3,662), receptions (225) and receiving touchdowns (31). He also holds the program record with 17 100-yard games, seven of which have come during his senior season.

The Tallahassee Quarterback Club Foundation, Inc., will announce the three finalists for the 2019 Biletnikoff Award, following another vote, on November 25, 2019.