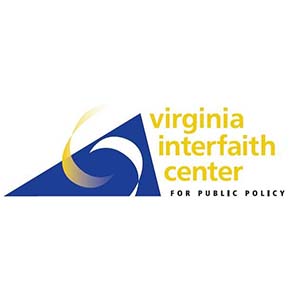 After passionate debate from both sides of the issue, HB1257 passed the state Senate Tuesday afternoon, 21-18. HB 1257 would require Virginia to follow the immigration laws set by the federal government, potentially prohibiting so-called sanctuary cities, which do not exist in Virginia. The original measure, sponsored by Del. Ben Cline, was briefly defeated in the House on a tie vote before the delegates reconsidered and voted 51-49 to send the bill to the Senate. The bill was “passed by for day” several times in the Senate before its approval on Tuesday.

The language of the bill is simple: “Provides that no locality shall adopt any ordinance, procedure, or policy that restricts the enforcement of federal immigration laws to less than the full extent permitted by federal law.”

The Senate did strike the second sentence of the law: “The General Assembly shall reduce state funding to the extent permitted by state and federal law to 15 any locality found to have violated the provisions of this section.”

The Virginia Interfaith Center for Public Policy opposes the bill as contrary to the idea of Virginia welcoming all citizens, regardless of their location of origin or legal status.

“HB 1257 sends a message to communities of immigrants and their allies that police are not to be trusted,” said Lana Heath de Martinez, the Virginia Interfaith Center’s Welcoming All coordinator. “Instead of reporting crimes where they are a victim or witness, immigrants and their family members will hide. Virginia should be a place with a message and culture of inclusion that welcomes all and upholds human dignity, not the home of fear-mongering and criminalization.

The ACLU of Virginia said in a statement: “We strongly oppose this bill as it would impose an unfunded mandate on localities to help the federal government enforce our broken immigration laws while undermining community policing efforts.”

“The bill would effectively require that immigration enforcement be the No. 1 priority of all local government in Virginia, without exception,” said Phil Storey, an attorney with the Immigrant Advocacy Program of the Legal Aid Justice Center. “That would mean that no other priorities – no matter how important or urgent – can take precedence over local enforcement of immigration law. It would mean, for example, that local police departments could never assure victims or witnesses that reporting crimes will not result in an immigration investigation or deportation by ICE. This would make our communities much less safe.”

In remarks on the floor of the Senate, Sen. Charles Carrico once again cited the presence of violent gangs in the state including MS-13. “If a locality wants to create a sanctuary city, then what you’re doing, in essence, is protecting those gang members from ever being deported.”

Sen. Jennifer McClellan said the legislation is “sends the wrong message” to those who come to Virginia from other nations. “This bill does not seek to solve a problem. … It’s a message bill that will not make our community safer.” She added that there are members of the black caucus with living family members who remember the fear of looking different and being profiled.

“Our public safety is marginalized when we create such a toxic environment that some members of the community are afraid to go to the police” to report a crime, said Sen. Barbara Favola.

The House has previously passed a slightly different version of the legislation and needs to accept the Senate’s amendments before it goes to Northam.

Del. Cline, a candidate for Congress, said in a previous statement: “I look forward to Governor Northam signing the legislation as he promised he would do during his campaign for governor.”

Northam has actually promised to veto the measure.-