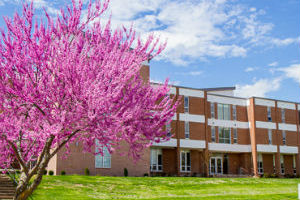 Bergey earned his Doctor of Music Arts and Master of Music degrees from James Madison University with a concentration in orchestral conducting, literature and pedagogy. He is a graduate of EMU with a degree in church music and vocal performance. Bergey is currently music director of the Rapidan Community Orchestra and director of music at Harrisonburg Mennonite Church. He was assistant conductor of orchestras at James Madison University from 2013-18 and has performed with several orchestras. He brings experience in arts administration and marketing as well, including roles as founder and director of Harrisonburg Sacred Arts and as the music editor of the forthcoming bi-national hymnal Voices Together, for Mennonite Church USA.

Bixler is completing her PhD in practical theology with an emphasis on Christian education and formation at Princeton Theological Seminary, with an anticipated graduation date of May 2021. At the seminary, where she also earned a Master of Divinity degree, she has worked in administrative roles with Princeton’s Center for Church Planting and Revitalization and Iron Sharpening Iron: Leadership Education for Women Clergy project. She has more than a decade of ministry and teaching experience at Eastern Mennonite Middle School, Zion Mennonite Church (Broadway, VA) and Virginia Mennonite Conference.

Bixler earned her MDiv at Princeton Theological Seminary and her BA in English (secondary education) at EMU.

Detamore has worked as an RN and case manager in outpatient surgery and in medical-surgical nursing. She has a BSN from West Virginia Wesleyan University and an MSN from Western Governors University.

Driedeger has taught clinical pastoral education and served as director of mentored ministry. She has a B.A. in Social Work from Eastern Mennonite University and an M. Div. from Eastern Mennonite Seminary with a concentration in Pastoral Care. She is ordained for ministry with Virginia Mennonite Conference and most recently she has received Supervisor status through the Association for Clinical Pastoral Education. She has also been a staff chaplain at  Sentara RMH and served for 20 years in urban ministry in Hamilton, Ontario.

Good will teach in and also provide leadership to EMU’s intercultural programs, including the undergraduate crosscultural program and off-campus cross-cultural curricular components.  She’ll also teach undergraduate cross-cultural courses. She most recently served as Kenya Country Representative for Mennonite Central Committee, with her husband. Previous professional experiences include living and working in the Democratic Republic of Congo and Kenya, serving as MCC’s global health coordinator, working as director of clinical services of Hope within Community Health Center, serving as the HIV program coordinator for Eastern Mennonite Missions, and teaching classes for EMU’s RN-BS in program. She holds master’s and doctoral degrees in nursing from Widener University. Her BSN is from EMU.

Shank holds a MEd from James Madison University and a master’s degree in teaching Spanish as a foreign language from the University of Salamanca. He earned his BA in English literature and Spanish at EMU. He has taught at JMU and Eastern Mennonite High School and worked in support services and as a home school liaison for Harrisonburg City Schools. Shank also has experience with interpretation in the medical and social services fields, as well as in mediation.

Tibbles brings a broad background in juvenile justice, youth and family services to his teaching role. He earned a BA in youth and family ministry from Harding University and an MA in conflict transformation from EMU. He has worked as a minister, auditor, juvenile justice transition officer and as a nonviolence trainer in Washington state, Texas and Alaska. Tibbles co-taught several courses as a graduate assistant while studying in EMU’s MA program.

Yoder has more than 20 years experience in the nursing profession. She has an MSN degree from the University of Toledo and a BNS from EMU. Yoder has worked in a variety of hospital settings, including as a staff and charge nurse in cardiac care, orthopedic-surgical and peri-operative departments. She has also worked in family practice.