A look at the depth chart for UVA-Duke: A few changes this week

Front Page » Top1 » Breaking News » A look at the depth chart for UVA-Duke: A few changes this week

The biggest change for UVA Football heading into the key ACC Coastal clash with Duke is the one most obvious involving Bryce Hall.

Hall, a senior and projected first-round NFL draft pick, is officially out for the season after suffering a serious lower-leg injury in the 17-9 loss at Miami on Friday night.

Junior De’Vante Cross was shifted from free safety to replace Hall at corner during the game, and will take over Hall’s spot as one of the two starters at corner this week for the game with Duke.

Freshman Antonio Clary makes his first appearance on the depth chart as the #2 free safety.

That’s the only change on defense on the depth chart.

On offense, there’s one change on the offensive line, with freshman Derek Devine replaced as the #2 right tackle by Ryan Swoboda, who is also the #1 left tackle.

RT1 Dillon Reinkensmeyer, a junior, is also listed on two spots on the O-line depth chart. He’s also the backup at center.

One other change on the offense: grad transfer Dejon Brissett is listed as a backup wide receiver, replacing junior Chuck Davis. 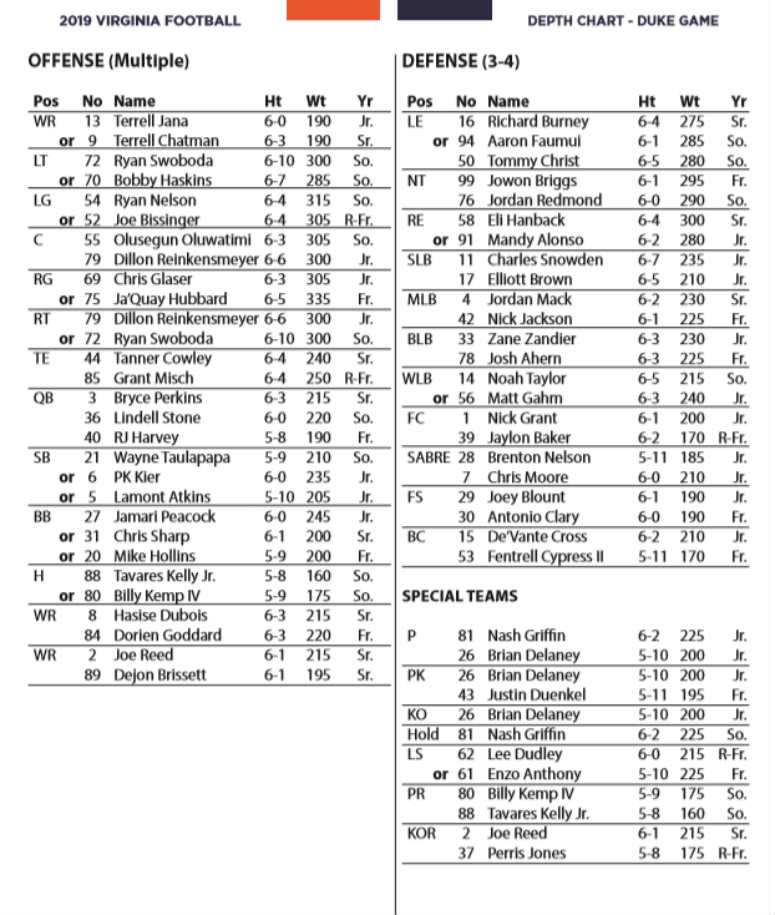