Warner, Kaine: Closing the U.S.-Mexico border would be economic disaster for Virginia 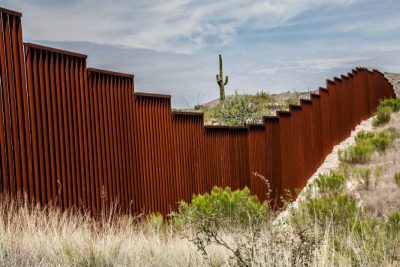 U.S. Sens. Mark Warner and Tim Kaine (both D-VA) are sounding the alarm after President Donald Trump threatened to close the U.S.-Mexico border to stop immigrant families from crossing the southwest border, no matter the economic impact.

“Despite being thousands of miles away from the Southern border, Virginia has a lot to lose economically if we close our doors to one of our greatest trade partners,” said the Senators. “Mexico is one of Virginia’s most important agricultural customers, purchasing more than $111 million in exports and supporting thousands of jobs. We’ve consistently supported strategic investments in border security, but let’s be clear: closing the border altogether isn’t a viable solution. That is a reckless approach that could jeopardize thousands of jobs in Virginia, lead to increased prices for Virginia families, and wreak havoc on the Commonwealth’s economy.”

Trade with Mexico supports 133,000 jobs in the Commonwealth. According to the Virginia Department of Agriculture and Consumer Services (VDACS), Mexico is Virginia’s sixth-largest overall agricultural export market. In 2018, Mexico purchased more than $111 million in Virginia exports – a 3 percent decrease from 2017, a decline attributable in part to haphazard trade and tariff policies implemented by the Trump Administration. The pork industry alone accounted for $64 million of Virginia’s agricultural exports in 2018.