The 10 coolest neighborhoods in Washington, D.C. 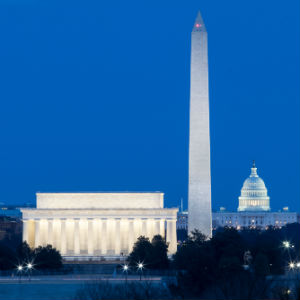 H street restaurants are among some of the best that the country has to offer. The neighborhood’s restaurants provide diners with all kinds of food choices at all times of the day. Washington, D.C., is one of the most diverse cities in the world, and this neighborhood reflects that diversity.

Also called Chinatown and Penn Quarter, this community used to mostly be home to the city’s Chinese population. And while architecture, signage, and other features point to that history, the neighborhood has morphed into one of the city’s busiest neighborhoods for anyone looking to do anything. Sports arenas, sought-after shopping, unique museums, clubs, and h street restaurants are very popular attractions for this neighborhood.

Just a few blocks east of the capital, it is not uncommon to run into lawmakers in this vibrant and charming neighborhood. Eastern Market is a unique mix of politics and family life. The community has several parks, and the neighborhood is very dog-friendly.

One of the biggest attractions in the neighborhood is the Eastern Market for which the community gets its name. Open daily, the market has fresh produce, gourmet foods, fresh flowers, and all kinds of items that locals and visitors can enjoy. On Saturdays and Sundays, the market expands out onto the surrounding streets, where artists and vendors sell crafts and goods. Other popular attractions are the Library of Congress and Union Station.

Logan Circle is more than just a traffic circle. This neighborhood just northwest of the United States Capital is bursting with restaurants, bars, neighborhood shops, and diverse residences. The neighborhood is home to many young persons living in the District. Logan Circle is also very popular with the city’s LGBT community.

One of the most active areas of the neighborhood is the area around 14th Street and P Street. This community underwent significant changes in the early 2000s, and many commercial additions were added to accommodate a drastic increase in people wanting to live in the neighborhood. Like much of Logan Circle, that area is an eclectic mix of theaters, bars, restaurants, shops, and residences.

Just west of Logan Circle is the very busy Dupont Circle. And although it is a bustling neighborhood that is very active, it is also home to many in Washington, D,C. Embassy Row is located in Dupont Circle, and because of that, people from all walks of life can be seen throughout the community. Everywhere one looks, they will see someone from a different country.

The diversity of the neighborhood is definitely represented in the businesses that are in this community. Restaurants, artisan shops, and specialty shops represent the various nationalities found there. There are also very popular books shops, dance clubs, dive bars, and art galleries.

And while this neighborhood is not accessible by the city’s very popular Metro subway system, people flock to this neighborhood to enjoy its high-end shopping options, critically acclaimed restaurants, live music spots, and breathtaking waterfront.

Adams Morgan’s 18th street is a go-to destination for anyone looking for a fun night out on the town. Party-goers can kick off their evening at hookah bars and cocktail lounges and then dive into any of the restaurants offering all kinds of ethnic choices. After dinner, the street comes alive even more with dance clubs and music venues pumping out the good times until early in the morning.

But the Adams Morgan neighborhood is more than a party scene community. Art galleries, bookstores, eclectic shops, and yoga studios also round out this diverse community. This neighborhood is also a popular community that many in DC choose to call home. Almost 16,000 people live in this area that is fewer than five square miles.

Foggy Bottom got its name because when government buildings were constructed in the area the workers could see vapors coming up from the marshy, swamp-like land. And while the community might be infamous for the Watergate scandal that took place at the Watergate Hotel in this neighborhood, the area also offers all kinds of great attractions that make this area popular for locals and visitors.

The Kennedy Center, National Symphony Orchestra, and Washington National Opera all call Foggy Bottom home, and the area is indeed home to some of the nation’s finest artistic productions. Wonderful restaurants, charming residences, and George Washington University combine with the arts’ venues and government residences to create a truly unique neighborhood.

A bustling restaurant scene is one of many attractions that make this neighborhood so cool. Eateries offering food choices from around the globe are very popular with the locals and the city’s tourists. The neighborhood also includes some of the additional embassies that are situated in DC.

A large Hispanic community tops the diverse populations that make this neighborhood home. The area has a very large jazz community, too. Nights in this community are filled with the sounds of local jazz clubs that offer something for everyone. And while this community has only grown in popularity in recent years, the addition of more shops, revamped housing, and an even more impressive restaurant scene has made this community a top neighborhood in the city. Columbia Heights also offers some of the best views of downtown Washington, D.C.

Home to some of the most impressive museums in the world, like those belonging to the Smithsonian, downtown Washington, DC is a must-stop for anyone visiting the city. The area south of the U.S. Capitol is bursting with history and very popular tourist destinations iconic to the U.S. and the District.

And while this area is a tourist haven, it is also home to many of the city’s residents. The neighborhood has a mixture of residences and office buildings that are mixed in with the museums, monuments, and government buildings. All kinds of great restaurants and cool shops are available for residents and tourists to enjoy.