By Chris Graham
1: What keeps us down
2: Growing up humble
3: Divorce impacts last a lifetime
4: Not failing for lack of trying
5: Cashing out at Taco Bell
6: Chris Graham for City Council!
7: Jobs and healthcare vs. Not Donald Trump
8: Surprise ending 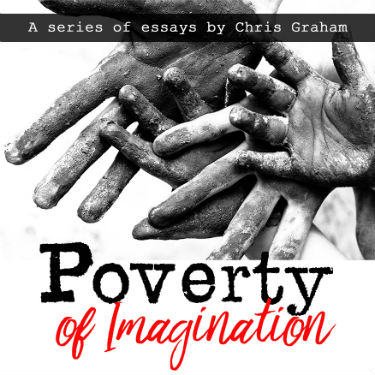 I put probably too much thought into a question I’ll never really have the answer to: who would I be if I’d never been able to leave the trailer park?

It might be a moot point: I wasn’t not going to get myself out of the trailer park.

I tell myself that, like, yeah, look at me, I was bound and determined to pull myself up by my own bootstraps.

But, this is a big world, and across most of it, you’ve got people just as determined as me, and just as smart as me, who despite their determination and smarts, don’t have any hope of being able to claw their way out of where they are.

For everything I’ve been able to accomplish, I recognize readily that I am white, American, that my parents weren’t drug addicts, criminals, ex-cons.

I didn’t have much, but I had a mother who at least made sure I was in school, clothed as well as she could afford, fed, most days.

I had grandparents who filled in the substantial gaps from my dad, when he was around, spending his time and money on cars and chasing women, from my mother shacking up with a drunk when my parents finally split, and made it so that, instead of me having to lament how I didn’t have parents, I can say today that I was better off from having as my role models grandparents who worked their asses off into their late 70s to be able to provide for their family, and what I learned from them is the foundation of my success today.

OK, so that all said, what if? What if I’d been born with my determination and smarts, but didn’t have the other structural supports in place, which, no, they weren’t ideal, but I at least had something.

Who am I today? Maybe more to the point, how angry am I?

How susceptible am I to buying into what Fox News and Donald Trump are trying to sell me about the root cause of my problems being Latinos, African Americans, LGBTs, Democrats and progressives, in general?

And actually, how dangerous am I, being determined and smart, and angry, and hating the world, because things aren’t going well for me?

Let me take a deep dive into that me.

A determined, smart, pissed off at the world person stuck in a poverty of imagination, not able to conceive of how things can get better, knowing, actually, honestly, that they won’t.

Not wanting to blame myself, because, why would I? My parents were the ones who decided to have a kid when they were teenagers, and had no more business bringing a kid into the world than they did flying to the moon.

They were the ones who were poor, and dragged my innocent ass down there with them.

Because of them, because they didn’t think ahead, think at all, I grow up poor, go to bad schools, can’t afford college, get a dead-end job to pay the bills, get older, go nowhere in life.

I see anybody out there having success, and I resent them and their success.

I’m also still me, so, no, it’s not about race or gender or orientation.

I don’t resent successful Latinos or African Americans or women or LGBTs any more than I do anybody else having success.

I do resent being told that I’ve got it better being a white male than being a person of color or a woman or LGBT.

I should be your ally, on the inside, the kind of person my friends, co-workers, neighbors listen to as a voice of reason, talking them down when they talk the nonsense they hear on the news, what they see from their friends on social media.

But, I can’t get past the being preached to nonsense from your side.

No, I don’t have it better than anybody else.

No, we’re not all ignorant rednecks. We’re just tired of losing all the time.

I’m not, me personally, a Donald Trump guy, but I can see why so many folks I know are.

He’s talking about making China and Europe pay their fair share, and, why not?

He’s talking about winning, and I’m so tired of losing all the time that it sounds good, winning. He says we’re going to win so much we’re going to be tired of it? He’s probably full of shit, but so are the people who seem like they’re more ashamed of winning, sorry that there are winners and losers, who want everybody to go around apologizing all the time for making innocent jokes, for spanking their kids, for eating meat.

I mean, it’s easy to be a billionaire when your dad gives you a billion dollars.

He’s no genius, turning a billion into a billion.

And I don’t like the race stuff. Could do without hating on blacks and browns.

But the other side, they hate white people, and they sure as hell hate white males. You can’t tell me they don’t.

Might as well give this Trump guy a shot. He can’t fuck it up anymore than things are already fucked up.

If you don’t think this is the calculus for folks in places like Waynesboro, the Rust Belt, Appalachia, well, there’s a reason why we are where we are politically.

They’re not all ignorant redneck racists, and to dismiss them as such is to sow the seeds of your own downfall.