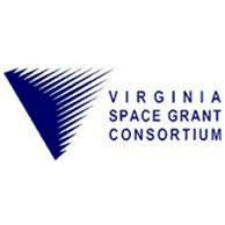 A giant leap towards space for Virginia university students took place this week when students from three Virginia universities delivered their small satellites to NanoRacks in Houston to be integrated into the company’s commercially developed CubeSat deployer and then launched on Northrop Grumman’s Antares to the International Space Station.

The satellites are part of the Virginia CubeSat Constellation mission, a collaborative project of the Virginia Space Grant Consortium and four of its member universities:  Old Dominion University, Virginia Tech, University of Virginia, and Hampton University.  Three nano-satellites, each about 4 inches cubed and weighing approximately 3 pounds, have been developed and instrumented  to obtain measurements of the properties of the Earth’s atmosphere.  As the orbits of the satellites decay due to atmospheric drag, satellite instruments will quantify atmospheric density.

The three CubeSats will be deployed via the NRCSD by astronauts aboard the International Space Station into orbit near-simultaneously so they can orbit together and function as a constellation.  The ODU satellite, which has a drag brake to intentionally cause orbital decay, is expected to remain in orbit for up to four months.  The other two satellites should orbit for up to two years at an altitude of 250 miles before burning up when they re-enter Earth’s atmosphere.  The satellites will communicate data to ground stations at Virginia Tech, University of Virginia and Old Dominion University for subsequent analysis using an analytical tool being developed by Hampton University students from the Atmospheric and Planetary Science Department.

More than 140 undergraduate students have been hard at work on the mission since June 2016 as a cross-institutional team.  Undergraduate student leaders and team members from physics, electrical engineering, aerospace engineering, mechanical engineering and chemical engineering disciplines have worked together to make the mission a reality.  The handover brings the team in sight of seeing their satellites readied for launch. The students have been coached by faculty advisors and have benefitted greatly from advice from NASA, industry and academic advisors.  Students have also received excellent guidance from NanoRacks, the world’s leading commercial space station company.

The Virginia Space Grant Consortium based in Hampton, Va. is administering the project.  Consortium Director Mary Sandy notes, “Engaging students in real-world space missions offers them exciting educational opportunities that provide critical workplace skills.  By taking on actual mission roles and going through NASA design and flight readiness reviews, students are learning how space missions are done and how to deal with the unique challenges of the space environment.”  She adds, “Doing technology demonstration and research in space is a great thing for students to have on their resumes.”

Student Mission Manager Erin Puckett at UVA is thrilled to see the project reach this critical milestone.  “For all the students who have worked on this project for the past three years, it is exciting to be one step closer to launch,” she notes.  “It has been a long time coming and we can’t wait to see the satellites in space.”

The project is part of NASA’s CubeSat Launch Initiative which provides opportunities for small satellite payloads built by universities, high schools and non-profit organizations to fly on upcoming launches.  It is funded by the NASA Undergraduate Student Instrument Program and the Virginia Space Grant Consortium.  The Undergraduate Student Instrument Program is managed by NASA’s Wallops Flight Facility on Virginia’s Eastern Shore.

Students, faculty members and Virginia Space Grant Consortium staff will be on hand to cheer as their satellites are launched from the Mid Atlantic Regional Spaceport at Wallops Island.  The launch is currently scheduled for April 17.

One response to “Three Virginia university satellites closer to launch”

Will Jay Woolfolk be in Virginia baseball coach Brian O’Connor’s weekend rotation, or will he be the closer?

Cody Rhodes is back after going down last summer with a torn pec, and "The American Nightmare" was the big winner in the 2023 WWE Royal Rumble.