Pull the other one, Mr. Obama

In a speech March 28 at an award ceremony for the Toner Prize For Excellence in Investigative Reporting, the biggest enemy of investigative journalism since Nixon complained of the lack of… investigative journalism. That’s right. President Obama criticized the dominant journalistic culture for its stenographic approach of simply quoting the official statements of public figures and spokespersons without asking tough questions or digging deeper, and treating “both sides” of controversies as “false equivalencies” rather than attempting to independently ascertain on which side the facts lie.

I’m surprised none of the attendees asked, “Who are you and what have you done with President Obama?” The Obama administration, as Mike Masnick of Techdirt notes (“After Leading The Attack On Investigative Journalism, President Obama Whines About A Lack Of Investigative Journalism,” March 30), has used the Espionage Act against leakers and journalists more than twice as many times as all other administrations combined. And the cumulative prison sentences for leakers under his watch are fifty times as long as under all previous administrations. He’s also set a record for stonewalling on FOIA requests.

The Obama administration has been consistently adversarial and punitive towards the actual practice of investigative journalism, when anyone has presumed “to probe and to question, and to dig deeper, and to demand more” concerning the abuses of power by his own government. Let’s take a look at how Obama has dealt with the leading examples of investigative journalism in recent years.

In the greatest act of journalistic heroism since Daniel Ellsberg and the Pentagon Papers, Chelsea Manning released an enormous cache of government documents that disclosed U.S. war crimes in Iraq and State Department collusion with oppressive regimes around the world, at the very time the U.S. government passed off its foreign policies to the American people as “promoting democracy.” She is now serving a 30-year sentence in federal prison for her service to the American people and the people of the world.

The Obama administration declared all-out war on Wikileaks, the leaked document hosting site that published Manning’s documents. It pressured the World Wide Web’s governance institutions to shut down Wikileaks‘ domain name, and leaned on a number of online payment systems to seize its donations.

When Edward Snowden leaked a large collection of NSA documents exposing their illegal spying on the American people, he was forced to flee abroad to escape prosecution for his act of investigative journalism. The United States and its allies have since harassed Glenn Greenwald (who has released some of the leaked documents) and his partner, as well as staff at The Guardian (which published them). At one point they went so far as to forcibly ground and search the airplane of the Bolivian head of state, Evo Morales, in hopes that Snowden was aboard.

Barack Obama is the highest-ranking official in the American state. The unaccountable use of military and police power against his own citizenry, as well as people around the world, is what he does. He may well like the idea of investigative journalism so long as it serves his policy agenda by poking into the misdeeds of his own enemies. But the pretense that he, or anyone else in power, actually wants real investigative journalists examining his own abuse of power, is simply ludicrous. 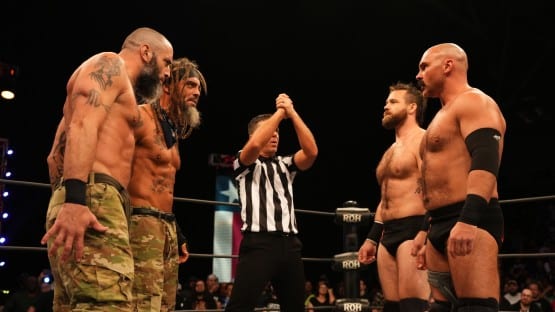