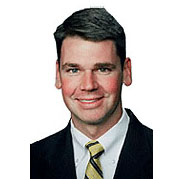 Lohr has been VDACS commissioner since his appointment by Gov. Robert F. McDonnell in May 2010. He currently serves as the president of the Southern Association of State Departments of Agriculture, a post he will leave upon his departure from VDACS.

“Serving as the commissioner of VDACS has been an amazing honor and opportunity,” Lohr said. “I have enjoyed assisting Governor McDonnell and Agriculture and Forestry Secretary Todd Haymore in strengthening our Commonwealth’s number one industry. We have worked tirelessly to assist producers, promote agriculture and increase its importance and visibility all across the state.  It has been a wonderful experience championing an industry I care about so passionately.”

The mission of the Farm Credit Knowledge Center is to facilitate the sharing of knowledge and resources for the betterment of all farmers through customer-focused programs that increase and advance the knowledge base of the agricultural community. “Here I will have the opportunity to build relationships and serve as a resource for young, beginning, small, minority and veteran farmers, as well as the established full-time producers,” Lohr said. “It’s a very exciting opportunity and one that will allow me to work from Harrisonburg and be at home much more for my two young children.”

“Matt has led VDACS with distinction and honor over the last three and one-half years and the agency is a better place for his service,” said Secretary Haymore. “He’s been a great partner in implementing the strategic plan behind the Governor’s decision to integrate fully agriculture and forestry into the administration’s overall economic development agenda.  Our work with the private sector on the Governor’s agenda has yielded much success and Matt deserves credit for achieving those accomplishments. Indeed, his passion for the promotion and betterment of Virginia agriculture is unmatched and I know that he’ll bring the same passion to his new role with Farm Credit.”

Haymore noted that McDonnell will announce soon a VDACS leadership transition plan for the remaining months of the administration.

A graduate of Virginia Tech, Lohr was very involved in the Virginia Farm Bureau Federation, winning the American Farm Bureau “Excellence in Agriculture Award” in 2003.  He also served several years as his county Farm Bureau president and chaired both the Rockingham County Planning Commission and School Board.

As a youth, Lohr was very active in the FFA organization where he served as state president and national vice president in the early 1990s.