President Donald Trump is well under water among Virginia voters, according to new poll results released by the University of Mary Washington.

Lisa Rosenberg: Militarizing police under a cloak of secrecy

President Trump issued an executive order that strips away limits on weapons of war that the DOD can hand over to state and local police forces.

President Donald Trump is a “master” at confirmation bias – a phenomenon hardwired into the human brain.

Pardon me? No question that’s what Donald Trump needs to do

Donald Trump granting himself an unconditional pardon is unmitigated genius.

President Trump seems to be ready to soften discussions of Russian meddling into the U.S. elections, according to a Virginia Tech expert.

Voters are souring on President Donald Trump and the GOP, according to a Suffolk University/USA Today national poll of registered voters.

The Trump administration has yet to break ground for its promised border wall to keep the undocumented out of the United States.

How about that epic troll today? Gotta give it to that Vladimir Putin. Dude has President Trump over a barrel. Again.

Giving Trump the benefit of the doubt on Comey

Playing devil’s advocate, is it possible that President Trump didn’t just clumsily admit to something in his move to fire FBI Director James Comey? 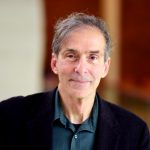 James W. Ceaser will speak at W&L on “The First 100 Days: Reflections on the Trump Presidency.” His talk is free and open to the public.

Syria missile attack: Is this whole thing a work?

In case you hadn’t made the connection that the Syria airstrikes mean the Trump team isn’t in league with Russia, Eric Trump laid it all out.

Poll: Is Trump watching too much cable news?

President Donald Trump famously watches a lot of cable news. Americans seem to think he doth watch too much, according to a new poll.

A federal judge found that President Donald Trump’s Jan. 27 Executive Order is actually the Muslim ban that he promised as a candidate.

The Internet just about broke down two weeks ago when we reported that a third of Americans backed the impeachment of President Trump.

During President Trump’s first full week in office he has begun to dismantle America’s moral standing on the international stage.

That Donald Trump is a member of the WWE Hall of Fame has been well-documented by political commentators.

An open source insurgency against Trump?

The Trump vote included a sizeable number of people who voted for him only reluctantly, and are already experiencing buyer’s remorse.