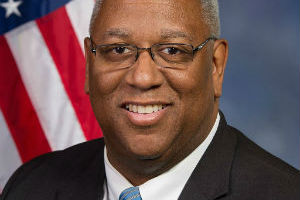 Today, a bipartisan group of House members led by Congressman A. Donald McEachin (D-VA) and Congressman Pete Olson (R-TX) introduced the Locking Up Robocallers Act of 2019, which directs the Federal Communications Commission (FCC) to provide evidence of unlawful robocall violations to the Attorney General. This would strengthen enforcement of current robocall laws aimed at ending the scourge of predatory robocalls.

“Robocalls can be a nuisance or even predatory,” said Congressman A. Donald McEachin.“This bill will allow for greater transparency and oversight over the enforcement of robocaller infractions which is desperately needed at a time when robocalls are on the rise. I am proud to join my colleagues in introducing this bipartisan legislation that will help protect Virginians and all Americans from these unwanted calls.”

“The constant interruption from unwanted and illegal robocalls disrupt and aggravate all Americans,” said Congressman Olson. “The Locking Up Illegal Robocallers Act will provide important information to the Department of Justice, so they can fully prosecute criminals who engage in deceptive and illegal robocall practices. I’m proud to work on this bipartisan issue to help Texans hang up on harassing robocalls. I thank my colleagues for helping on this critical issue and hope we can pass it on the floor soon.”

“These robocalls aren’t just annoying, they’re a tool for fraud aimed at members in our community and they must be stopped,” said Congressman Kim. “I’m proud to join my colleagues from both sides of the aisle to bring this solution to the table. I look forward to working together to get this passed into law and give New Jersey residents the relief from this predatory behavior they deserve.”

Robocalls are disruptive and often prey on our communities’ most vulnerable populations in hopes to capitalize off of their private and personal information,” said Congresswoman Brooks.“With these kinds of scams on the rise, we must do more to protect consumers by ensuring those who violate the law are prosecuted. The Locking Up Illegal Robocallers Act is a bipartisan bill we can all support that works to diminish the dangerous telemarketing scams Hoosiers and people across the country face daily by better providing law enforcement the information they need in order to put a stop to fraudulent robocalls.”

“Upstate New Yorkers are fed up with intrusive and unwanted robocalls,” said Congressman Brindisi. “These calls aren’t just annoying, they are dangerous and can scam hard-working Americans out of time and money. I’m proud to support the bipartisan Locking Up Robocallers Act to make sure law enforcement officials have the information they need to put an end to these scam calls and financial frauds”

“I have heard from countless people throughout West Tennessee who are tired of the endless stream of harassing robocalls,” said Congressman Kustoff. ““Robocalls are illegal, abusive, dangerous and anyone with a phone can fall victim to them. I look forward to getting this bipartisan legislation passed into law and finally put an end to these scams.”

According to the FCC, they receive over 200,000 complaints a year from residents receiving predatory robocalls. Another FCC report shows that an estimated 26.3 billion robocalls were made to mobile phones and more than 47 billion were made in total to phones in the U.S. in 2018.

“Every day, Americans’ phones are flooded with unwanted robocalls, often originating from scammers,” said NCTA, the internet and television association who has endorsed the legislation. “Both the Locking Up Illegal Robocallers Act and the Ending One-Ring Scams Act take important actions to alleviate illegal robocalls and keep consumers safe from harmful schemes. While combatting robocalls is a complex challenge, we look forward to working with House members on passage of these two pieces of legislation.”

The full text of the bill can be found by clicking here.