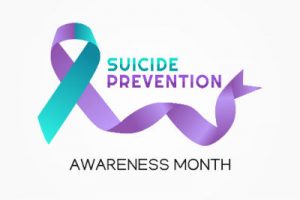 The Campaign to Prevent Suicide Act, co-led by Rep. Greg Gianforte (R-MT), which would set up an educational campaign to change American culture confronting suicide and raise awareness for the three-digit suicide lifeline phone number 9-8-8, and the Suicide Lifeline Improvement Act, sponsored by Beyer’s fellow Task Force co-chair John Katko (R-NY), which would bolster the Suicide Prevention Lifeline with increased funding and quality of service requirements from health agencies, both passed the House with broad bipartisan support.

“For too long, our culture has purposely ignored the silent crisis of suicide. We didn’t confront the growing epidemic and underfunded our support resources. I am working with my fellow leaders in the House on mental health and suicide prevention to write legislation to fix that,” said Beyer. “We crafted a campaign to change this cultural ignorance and to help get the word out about our life-saving resources. After reports of drastic wait times for calls to the National Suicide Lifeline of up to 60 minutes, we also developed bipartisan legislation to give the Lifeline the funding and accountability it needs to make it more effective and responsive. I look forward to a day soon when 9-8-8 will be a known, dependable household number for help in a mental health crisis, and until then I urge anyone who needs that help to call 1-800-273-TALK.”

Beyer led bipartisan efforts earlier in the year to prioritize suicide prevention measures, and in particular legislation to authorize, fund, and implement the creation of a 9-8-8 National Suicide Hotline, following the Federal Communications Commission decision to designate the lifeline number.

The House ultimately passed the bills for which Beyer and his colleagues advocated in September, which is National Suicide Prevention Month.