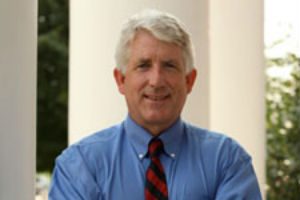 In a letter addressed to key U.S. senators, Herring and his colleagues expressed “significant concern regarding the persistent threats to our election systems” and asked Congress to provide additional election security grants to states and localities, support the establishment of cybersecurity and audit standards for election systems, and pass bipartisan election-security legislation.

Herring and a coalition of 21 attorneys general previously sent a similar letter to Congress last summer.

“Fair and free elections are the foundation of our democracy and we must do everything in our power to protect them from outside interference,” said Herring. “It is imperative that Congress takes every precaution necessary to make sure that what happened in the 2016 election, when Russian hackers infiltrated state and local elections, never happens again.”

In the letter, Herring and his colleagues note warnings that “our election systems have been a target for foreign adversaries and that those same adversaries are currently working to undermine the upcoming elections.” Their letter follows confirmed reports that Russia successfully breached election systems in Florida, installed malware on a voting-systems software company used by North Carolina, and targeted the election systems of all 50 states in 2016.