About your thoughts and prayers 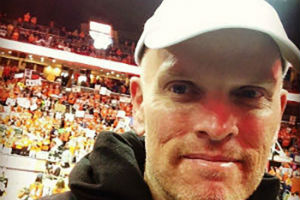 Prayers? No. Plumb out of them. Got a lot of thoughts, though, about the collective thumb up our asses that’s keeping us from preventing mass shootings.

One, the nonsense that Donald Trump is playing up to try to get re-elected, needs to stop.

We get it. He found the way to the hearts of his base of voters. But there are obviously real-life consequences to the constant spew of racist, sexist, anti-immigrant rhetoric.

At least it used to be below the surface. Now people feel empowered, emboldened, to let it all out.

And for some, well, that means shooting up a WalMart 650 miles away because it’s on the border with Mexico.

You read that the kid drove from another part of Texas, but for people who live in Central Virginia reading this, perspective: El Paso is as far away from Allen, Texas, as Jacksonville, Fla., is from Waynesboro and Charlottesville.

This wasn’t driving to the next town to do something stupid. That kid was making a political point, and how much do you want to assume that he thinks he can escape prosecution?

I mean, you hear it every day from our president, about how there are many good people on both sides, how the people chanting “send them back” at rallies are “patriots.”

I took part in a Staunton Citizen Police Academy class several years ago, and one of the classes involved driving out to the shooting range at the Augusta County Landfill several miles outside of town.

When the instructor handed me the .223, he emphasized that I needed to take good aim, because if I missed up, and over a hill behind the target, the bullets could possibly end up in the vicinity of the interstate, a couple of miles away.

The trigger, squeezed, let off what felt like 20 shots a second.

Military, certainly. Police, maybe. People on the streets: no goddamn way any of us need these things.

But, the NRA has found its way to the hearts of the Republican Party, buying its votes, and so, nothing gets done.

This is going to keep happening, it’s going to get worse.

Don’t delude yourselves into thinking you’re doing anything with your thoughts and prayers.