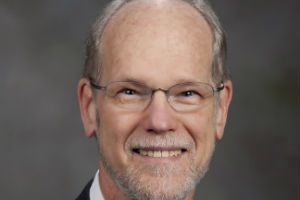 A Virginia Tech finance expert is talking up the indicators of a recession that have been discussed widely in the media in recent days.

“There are numerous factors that are all contributing in a similar direction,” said George Morgan, a professor of finance in the Pamplin College of Business. “Not everything points in that direction, but you don’t see everything pointing in the same direction until it is too late.”

Last week’s inversion of the yield curve aggregates all the factors, Morgan said.

“Because the U.S. Treasury market is one of the deepest in the world with average volume exceeding $500 billion changing hands every day and because bonds have specific characteristics that differ from stocks, one can infer what the market is incorporating regarding the future path of interest rates.”

Morgan said many money managers who operate in that market are forecasting that interest rates will fall significantly in the near future, “a pattern that typically happens during a recession.”

“Whether rates fall in the U.S. because other countries are lowering their rates, other economies such as Germany and China are faltering, the dollar is rising, U.S. manufacturing seems to be in a slump, inflation has peaked, or the Fed is hinting at cuts, the curve is reflecting a market anticipation of a downward drift,” he said.