After becoming the first to definitively discover genetic markers for major depression, researchers at Virginia Commonwealth University and collaborators have found more genetic clues to the disease.

Poll: Treatment centers, housing for those in opioid recovery supported by large majority of Virginians

A large majority of Virginians support expansion of treatment centers and the use of housing in their own communities for those recovering from opioid use, a new poll by the L. Douglas Wilder School of Government and Public Affairs at Virginia Commonwealth University shows.

A $1.2 million gift to the VCU School of Education will be used to create the Anna Lou Schaberg Professorship of Practice in Education, a new faculty position that will concentrate on the theory and implementation of pedagogical practices that can transform a classroom, a school and a child’s education.

VCU poll: Half of Virginia adults would oppose a ban on anthem protests in public school sports

As National Football League players continue to sit or kneel in protest during the national anthem, a new poll by VCU shows that Virginians are almost evenly divided on whether they would support a rule prohibiting high school athletes from engaging in similar protests.

Recognizing and rewarding caregiving work results in less emotional exhaustion and greater psychological vitality among nurses, according to a Virginia Commonwealth University-led study.

Virginians are split over what course of action to take with Confederate monuments, according to a new poll by the L. Douglas Wilder School of Government and Public Affairs at VCU.

More than one in five voters in Virginia’s recent gubernatorial election say they made their decision in response to the Trump administration, according to a new poll by the L. Douglas Wilder School of Government and Public Affairs at Virginia Commonwealth University.

Hyundai Hope On Wheels to award $250,000 research grant to Children’s Hospital of Richmond at VCU

On Tuesday, Hyundai Hope On Wheels® will present Children’s Hospital of Richmond at VCU with a $250,000 Hyundai Scholar Hope Grant.

Half of Virginians think colleges and universities should place more emphasis on protecting everyone on campus from discrimination.

Participation in a variety of services offered through the federal Ryan White HIV/AIDS Program may lead to improved health outcomes.

A VCU professor has received a $4.73 million grant that aims to improve the overall health and well-being of children with asthma in Richmond.

On Wednesday, three VCU Health patients will be the first in Virginia to receive a newly approved medication intended to treat ALS.

A strong majority of Virginians — 80 percent — support the use of tax credits or other financial incentives by the state as an economic development strategy.

A majority of Virginians — 55 percent — say local governments should be required to use their resources to enforce federal immigration laws.

A VCU professor will study the association between physicians’ communication behaviors and the outcomes of black patients with Type 2 diabetes.

Pregnancy substantially reduces drug abuse risk, according to a new study conducted by researchers at VCU and Lund University in Sweden.

Overdose deaths in the United States involving prescription opioids have quadrupled since 1999.

Study: Women who fixate on chronic pain more likely to be prescribed opioids

Female chronic pain sufferers who negatively fixate on their symptoms are more likely to have an opioid prescription than men with the same condition.

Transferring stool from a healthy donor to cirrhosis patients who suffer from recurrent hepatic encephalopathy can improve brain functioning.

On May 11 at 8:26 a.m. a 40-person team at VCU Medical Center successfully delivered sextuplets.

The EPA has recognized Children’s Hospital of Richmond at VCU with the 2017 National Environmental Leadership Award in Asthma Management.

Pediatric trauma can range from broken bones to serious head and chest injuries and is the leading cause of death among children and teens.

VCU forum to explore past, present and future of anti-Semitism in the United States

An upcoming forum at VCU will explore the past, present and future of anti-Semitism in the United States.

Carol Fisher was at a dental appointment at VCU Dental Care when the dentistry student examining her noticed lesions on her tongue.

The VCU School of Medicine is part of a team that received the 2016 John M. Eisenberg Award for Innovation in Patient Safety and Quality.

The VCU Health trauma program is bringing speakers from around the world to discuss current issues facing the trauma system.

The National Institute of Mental Health has awarded a $2.1 million grant to the VCU Center for Biomarker Research and Precision Medicine.

A conference hosted by VCU will focus on the role of teaching and leadership in the struggles for equity, justice and liberation.

At one point, Don Bayford was taking heart medication that made him so tired he struggled to stay awake when doing everyday tasks.

Divorce is causally related to a significant increase in risk for development of alcohol use disorders, according to a new VCU study.

Virginians think our colleges are doing a good job providing students with skills to succeed in the workplace, according to a new VCU poll.

A VCU poll has found strong support for providing treatment to opioid users. 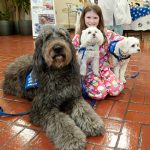 Local tails will wag on Jan. 1 when Animal Planet features the VCU Dogs on Call program as part of its new series, “Dogs: The Untold Story.”

Alcohol use disorder and divorce are strongly correlated, meaning that experiencing one makes it more likely to experience the other in one’s lifetime.

The Association of American Medical Colleges selected the VCU School of Medicine to participate in the newly established Health Equity Systems Cohort.

Resilience considerably reduces risk for developing alcohol use disorders, according to a new study conducted by researchers at VCU.

Todd P. Haymore, Virginia secretary of commerce and trade, will be the featured speaker at the VCU fall commencement ceremony on Dec. 10.

Peter F. Buckley, M.D., has been appointed dean of the VCU School of Medicine, effective Jan. 17.

A special edition of the journal Brain Injury that publishes Nov. 11 summarizes the latest research on combat-related concussions and their outcomes.

Virginia Commonwealth University will celebrate the grand opening of the Weil Institute of Emergency and Critical Care Research at VCU.