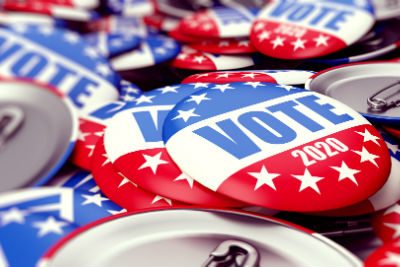 The Democratic presidential race in New Hampshire is tight, according to a new poll from Quinnipiac University.

Joe Biden has a small lead, at 20 percent, with Elizabeth Warren at 16 percent, Pete Buttigieg at 15 percent and Bernie Sanders at 14 percent.

From Nov. 6-10, Quinnipiac surveyed 1,134 New Hampshire likely Democratic primary voters with a margin of error of +/- 3.8 percentage points, including the design effect.

“New Hampshire has mountains. Iowa has plains. They couldn’t be more different except for the results of the last two Quinnipiac University polls, which both show four candidates in the top tier. Although Biden has a slight lead in the Granite State, it’s far from rock solid, and both states are clearly still up for grabs,” said Quinnipiac University Polling Analyst Tim Malloy.

“If he truly is in, there is a lot of work to do. But with vast resources to draw from, Michael Bloomberg’s nascent campaign could morph from ‘under construction’ to ‘full steam ahead’ in a New York minute,” Malloy said.

Independent voters likely to vote in the Democratic primary are divided in their top choice. Biden receives 16 percent support among these voters, while Sanders and Buttigieg get 14 percent each, and Warren and Gabbard receive 10 percent each.

Among registered Democrats who are likely to vote in the primary, Biden has 25 percent, Warren has 24 percent, Buttigieg receives 16 percent, and Sanders gets 14 percent.

There is a lot of potential for movement in the Democratic primary as 61 percent of those who express a preference say they might change their mind before the primary, while 38 percent say their mind is made up.