Inside the Numbers: What Jay Huff can mean for #1 UVA 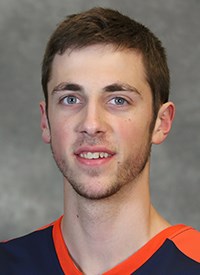 The 7’1” redshirt sophomore has had trouble getting consistent minutes because of issues on defense. There has never been any question about what he can do on offense.

Huff can shoot the three, he can score back to the basket, and he’s a weapon on lob passes with his athleticism.

Inserted into the game at the 15:46 mark of the second half, with Virginia reeling, having seen a 12-point first-half lead whittled to four, Huff made an almost immediate mark, hitting a three from the top of the key a minute later to extend the lead to five.

Where Huff was used in offensive sets was innovative. Bigs in Bennett’s mover-blocker motion offense are almost entirely used to set screens for the ones, twos and threes, and almost always set up baseline or on the wings to do their business.

Huff was stationed near the top of the key, so that when a guard ran off his screen, he would be left in position to receive a pass from the wing with an open look at the basket for a shot, a pass to the opposite wing, or a high-low pass into the post.

Or, a dribble hand-off to a guard, at which point, with his athleticism, he could take advantage of aggressiveness on the part of the defense to catch up to the guard to run to the rim for a possible lob pass.

Which he did three times, throwing down two dunks and getting fouled and sent to the line on the third.

Clemson adjusted by giving him attention on the back end after the dribble hand-off, which left Ty Jerome and De’Andre Hunter wide open for threes that they both buried.

Defensively, Huff, yes, got beat a couple of times, allowing back-to-back driving layups by Elijah Thomas and David Skara, but he also blocked one shot, altered at least two others, and finished with seven rebounds and just one foul in 10 minutes of floor time.

More inside the numbers minutiae: