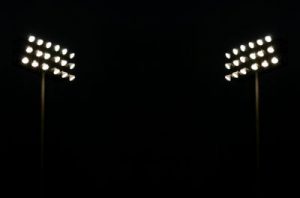 MLB will need another spring training once it gets a go-ahead to resume. The NFL might avoid the brunt of business impact from the coronavirus shutdown, but might we also find out that its offseason OTAs aren’t what coaches make them out to be?

We’ll find out in the fall, assuming.

Hate to have to keep doing that, but everything is an assumption right now.

Let’s presume that the shutdown goes where the experts think it will, into at least the early summer.

This is why MLB will need another spring training. The season had been scheduled to start next week, meaning teams were already close to having pitchers ready to go, in terms of their progression pitch-count and innings-wise.

You normally see starters go an inning or two in their first starts, and work up to getting to five or six innings, or an appropriate pitch count, in their final starts before the start of the regular season.

That needs to be done again, to avoid putting pitchers at risk of injury.

Football is a sport that relies on regimentation. You need to get 11 guys to think as one, as an offense, as a defense, and that only comes through repetition.

You take for granted something as simple as the snap, under center or in shotgun, that the quarterback and tailback are on the same page on a handoff or pitch, that QBs and receivers are in sync on routes, how to read defenses on option routes.

Same on the defensive side: cornerbacks handing off receivers to safeties in disguised zones, linebackers reading the offensive line to fill gaps.

This works because it’s done over and over.

Or so coaches would have you believe, when they raise issues with guys skipping OTAs for the various and sundry reasons that guys skip OTAs.

The guys who have those various and sundry reasons would tell you that OTAs are just opportunities for teams to check in on what they’re doing, since little of substance happens there other than a few what feels like fire drills.

It’s not pitchers throwing themselves into shape to be able to go seven innings in a start, to be sure.

We may find out, if things proceed with the shutdown as it currently looks will be the case.