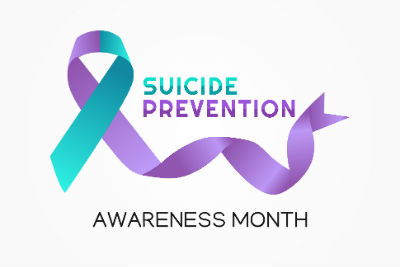 The Department of Veterans Affairas estimates that around 20 veterans die by suicide each day. Unfortunately that number has remained unchanged despite Congress more than tripling the VA’s funding for suicide prevention efforts over the last 10 years to nearly $222 million in FY20.

Only six of the 20 veterans who die by suicide each day receive health care services from the VA before their death. That’s why Sens. Warner and Boozman are empowering the VA to share information with veteran-serving non-profits and requiring it to develop a tool to monitor progress so that resources can be concentrated on successful programs.

A bipartisan bill aimed at addressing the alarming rate of military veteran suicides is headed to the desk of President Trump.

The IMPROVE Well-Being for Veterans Act  would create a Department of Veterans Affairs grant program that leverages and supports veteran-serving non-profits and other community networks in order to reduce and prevent veteran suicides. Additionally, the bipartisan bill enhances coordination and planning of veteran mental health and suicide prevention services and better measures the effectiveness of those programs in order to reduce the alarming number of veteran suicides.

“Too many veterans suffering from the invisible wounds of war are left struggling when their tours of duty conclude. Though we can never repay the enormous physical and mental sacrifices that our servicemembers make for our freedom and national security, we can give them the resources and tools they need to begin the lengthy process of healing,” said Sen. Warner. “That’s why I was proud to help write this legislation to tackle the alarming rate of veteran suicide, including through providing greater support to veteran-serving non-profits and community networks in order to reach more veterans. I can think of no better way to conclude National Suicide Prevention Month than by seeing this legislation head to the President’s desk. I urge President Trump to swiftly sign this important legislation into law.”

“This new approach will allow us to reach more veterans and support organizations that have a track record of success in suicide prevention. Delivering additional resources to community-based groups providing support and services to at-risk veterans will allow them to expand their outreach, identify more veterans in need and provide great access to mental health care. I’ve been proud to join Senator Warner in leading Senate efforts to devise a strategy that empowers veteran community organizations to work with the VA in the fight against veteran suicide. I’m glad this will soon become law,” said Sen. Boozman.