The most famous celebrity poker players

The internet age has changed our perspective and approach on a whole range of topics, particularly when it comes to games and entertainment. In particular, the world of poker is one that has been transformed beyond all recognition. 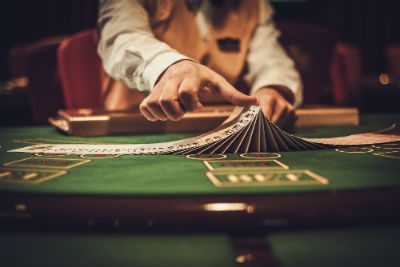 The world wide web has played a crucial role in bringing what was once seen as a game for sinister characters in shadowy environments out into the light of day. Poker has become as socially acceptable as the online gaming sites on which it is played. As well as the everyday men and women on the street, top Hollywood stars and celebrities have got involved in our love for online gaming.

However, for many, that involvement goes beyond promotion and advertising. The newly-perceived glamor that surrounds poker, and the sports-star-like status of the top players, has proved too tempting to resist. Let’s take a look at some of poker’s most recognizable devotees.

The Hollywood A-lister might be best known for movies like Argo and Good Will Hunting but he is also a mean card player. So good, in fact, that he was reportedly banned from one Las Vegas casino as he was taking them for just too much money at the blackjack table. However, Affleck’s real passion is for poker. He regularly takes part in high-stakes professional events and even won the California State Poker Championship in 2004.

What are pro sports players supposed to do with themselves after retiring when still in their 30s? For tennis legend Rafael Nadal, the answer could well be a switch from the ATP to the WSOP. He’s signed up with one of the major poker sites as a brand ambassador and has played against no less an opponent than Daniel Negreanu, possibly the best poker player in the world.

Another sports star who could be eyeing up a new career post-retirement is Brazilian soccer ace Neymar. He and his contemporary, Ronaldo have both been seen playing a few hands of poker. But while Ronaldo’s games were mostly staged promotions, Neymar is the real deal, and he has participated in a number of WSOP events.

Ben Affleck’s co-star from Good Will Hunting first took up the cards as part of the research for his role in the 1998 poker movie Rounders. However, by the time filming had finished, he had developed a fondness for the game, as well as some strategic flair. In recent years he has become one of the most recognizable faces on the WSOP circuit.

Everybody loves Raymond, right? Well, the possible exception is those who come up against him at the poker table. The Emmy Award-winning TV star has been a fixture at the WSOP for the past ten years or more, and has accumulated winnings of around $20,000.

In the 1990s, Hendry dominated the world of snooker like nobody before or since, winning the World Championship an incredible seven times. He retired aged just 43, while he was still at the top of the game, and has since carved out a successful poker career. Watch out for him, alongside other snooker stars including Steve Davis and Jimmy White, at celebrity poker tournaments in London and Dublin.

Are you seeing a pattern emerging yet? Here’s yet another man who was the very best in his chosen sport and have made a successful transition to poker. The “Baltimore Bullet” accumulated an incredible 28 Olympic medals, including 23 golds, of which are gold. He seems to have been around forever, having first qualified for the Olympics in 2000, but what many people forget is that he was only 15 at the time. When he announced his first retirement back in 2012, he was only 27, but he returned in 2016, and who’s to say he will not be tempted back one more time in 2020? After all, he’s still only 33. Either way, he is now taking his poker playing just as seriously as he took his swimming. He learned from one of the best, having shared a house with poker pro Jeff Gross, who describes him as “easily one of the best celebrity poker players around.” Phelps has participated in several high-stakes tournaments out in the Bahamas, as well as the WSOP in Las Vegas. His best result so far has been a fifth-place finish in the 2008 Caesars Palace Classic, an event that featured 187 entrants.

Over the years, poker has been a disproportionately male-dominated pursuit. However, this is a pattern that is changing, and famous female players like Jennifer Tilly can certainly take some of the credit for that. The Canadian actress is known for her roles in a range of box office hits, including Bullets Over Broadway and the Child’s Play franchise, but today, she is more famous for her poker skills. She is the only celebrity on our list who has actually won a WSOP bracelet, after beating all comers at the 2005 Ladies’ No Limit Hold’em.

If you thought the “celebrity boyfriend” was only famous for the ladies in his life, think again. Behind the playboy image and the relationships with the likes of Paris Hilton, Pamela Anderson and Shannen Doherty, Salomon is one of the most feared high-stakes poker players on the circuit. He has made it through to the final table in the Big One for One Drop on two separate occasions, walking away with $2.8 million for a fourth place finish in 2014, and $3.3 million when he came third two years later.

The former Premier League soccer player is one of the few celebrities to have turned his love of poker into a long-term success story. He turned his attention to poker after a 24-year career at the top of the game, that saw him play for Premier League giants Tottenham and Manchester United, as well as making more than 50 appearances for England. His poker career looks set to be just as long-lived, and he consistently finishes in the money at WSOP events around the globe.