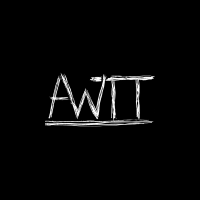 Six venues will feature more than 60 portraits of U.S. citizens who have addressed issues of social, environmental, and economic fairness.

All exhibits and events are free and open to the public.

Two panel discussions and other events highlighting the portrait subjects and their work take place between January and April:

Since 2001, Shetterly has painted nearly 250 portraits of American politicians, activists, artists, writers, and other citizens working to inspire individual and collective action for the common good. He will unveil his most recent portrait, a Charlottesville activist, at the March 1 panel discussion. His series includes paintings of two other Charlottesville residents, educator and founder of The World Peace Game John Hunter and journalist and peace activist David Swanson.

People interested in supporting the Charlottesville exhibits can go to the AWTT donate page. “Americans Who Tell the Truth” is a registered 501(c)3 organization.

All contributions are tax deductible and go 100% toward funding the Charlottesville exhibits.

Additional venues and events may be added. Please visit our website for the most up-to-date information or email or call Julie Gronlund (434-466-3561) with questions.