ISPs to accommodate use of remote technologies 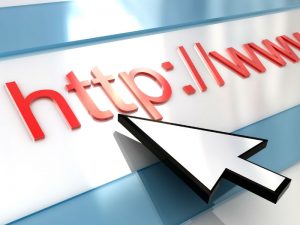 Several major internet service providers will take steps to accommodate the use of remote technologies that students, workers and public health officials will rely upon during the coronavirus (COVID-19) outbreak.

U.S. Sen. Mark Warner, D-Va., led 17 senators in writing to the nation’s eight largest providers on Thursday,calling on them to suspend data caps and overage fees that could present a barrier to telepresence services, and urging the companies to provide free or at-cost broadband options for students affected by the virus who otherwise lack broadband access for online learning during school closures caused by the outbreak.

The letter also encouraged the companies to take proactive steps to provide under- and unserved households with broadband access, including through access to broadband hotspots.

“The coronavirus outbreak is already creating an unprecedented need for teleworking, telehealth and online education technology,” Sen. Warner said today. “I’m glad to see certain companies quickly responding to our letter and putting a pause on restrictive caps, fees and other policies that could interfere with online access during this critical time. I’m also pleased to see companies committing to expanding broadband access for students who may not have it so that their educations are not completely disrupted during school closures. I call on those internet providers that have not taken similar steps to do so immediately, in order to assist their fellow Americans during this time of great national strain.”

Since receiving the senator’s letter, AT&T, Charter, CenturyLink, Comcast, T-Mobile, Verizon, Sprint and Cox, among others, have each announced a variety of new policies to help ensure Americans have reliable access to online services during the outbreak of COVID-19, such as service upgrades, fee waivers, free access to Wi-Fi hotspots, more affordable plans, free support services, and more.

AT&T, CenturyLink and Comcast announced they would temporarily suspend data caps, along with other service changes. In response to the letter, Charter (which emphasized that its plans do not have data caps) announced that it would provide 60 days of free broadband to households with K-12 or college students currently without service – and, drawing from the letter’s recommendations, pledged to work with school districts to make eligible households aware of the offer.

T-Mobile announced that it would provide unlimited smartphone data to all current subscribers and increase the data allowance to schools and students using their digital learning programs. Cox announced that it would changes to its Connect2Compete plan for low-cost broadband, including increasing speeds and providing one month of free service to new customers.

A list of Sen. Warner’s work to protect and support Virginians during the coronavirus outbreak is available here.