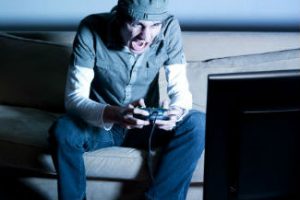 The gaming world operates on the cutting edge of technology, with innovative solutions driving the expansion of multiplayer iGaming to new heights. Innovation in the online gaming world is handsomely rewarded by the industry’s top authorities, including the Most Innovative Gaming Technology Awards held annually.

Software developers are continually tweaking and enhancing their gaming platforms to deliver incomparable experiences for their fans. Experts in iGaming evaluate the latest technological innovations and reward top online gaming companies like 888poker with the highest honors. This naturally leads us to the type of technological innovation that is taking place in the iGaming realm.

For one thing, players now enjoy far greater levels of safety and security than ever before. Accounts are safeguarded by way of facial recognition technology which allow for 3D scanning to ensure that only registered players can access their own accounts. Nowadays, gaming platforms facilitate the creation of tailor-made avatars that look precisely like players. Innovative solutions including 3D cameras are readily available to adapt to the emotions displayed on a player’s face, and systems incorporate this data into the gameplay. It does this by way of increasing or decreasing the complexity of the action based on how the player is feeling about the game.

Many players are moving away from controllers during their online gaming sessions and adopting technologies provided through innovative hardware like the Intel RealSense tech which allows players to engage in RPG gaming by gesturing – no controllers needed. Powerful camera technology is capable of tracking dozens of points on players’ hands, mapping out the motions and connecting them with in-game mechanics. This can prove beneficial in many gaming variants including skill-based games, strategy games, and casual games.

RealSense technology has been employed to great effect in a number of online games in recent years. Added to that is the option of voice-actuated gaming activity, which is now readily available in the online gaming arena. Advances in computing technology now allow for voice recognition inputs as part of the gameplay. This is true across multiple gaming platforms, including social games. Highly-advanced gaming consoles allow players to interact through audio commands, dispensing with ‘Jurassic era’ keyboards and controllers.

Arguably the most impressive technological innovations that have been brought to market come in the form of interactivity. Augmented Reality (AR) and Virtual Reality (VR) are two of the most exciting developments to break through the online gaming scene. Augmented reality juxtaposes real-world elements with software creations, creating a gaming world on the go. By using hardware and software such as a smartphone and an app, players are instantly thrust into a real world with virtually limitless possibilities.

Pokémon Go is perhaps the best-known of these games, but many augmented reality applications are now available. Puzzle games, word games, adventure games, and action-packed games can all be enjoyed in an AR format. Virtual Reality (VR) requires use of virtual reality headgear which is plugged into a computer construct, or interacts seamlessly through a wireless connection. VR is geared towards full immersion in a virtual gaming world. The technology is so advanced today that players’ minds are ‘tricked’ into believing that the virtual world is the real world, and they are a part of the game construct.

In the Air up There – Cloud-based Gaming

In an increasingly interconnected global gaming arena, it makes sense that developers are using the power of the Internet to simplify the process of providing world-class games to players. Servers tend to be limited in terms of what they’re capable of offering players. Size limitations (memory disks) are problematic for large-scale multiplayer games. However, Cloud-based gaming changes the dynamic by opening up to a broad-based system with expansive server sizes.

Coupled with the dramatic advancements in terms of mobile gaming, the gaming world is enjoying dramatic technological change right before our eyes. Mobile gaming is the go-to preference for online gaming providers, for obvious reasons. The growth of the mobile gaming market continues to forge ahead at a steady clip, outstripping PC and Mac gaming by a long margin. Players simply don’t want to be limited to their desks, beds, or offices while playing their favorite online games – Android and iOS-friendly mobile operations allow players to take real-time, streaming games on the go with them, without sacrificing gaming functionality or quality in the process.