Governor Terry McAuliffe issued a statement on the passage of public safety legislation by both chambers of the General Assembly.

Following the remarkable achievements of the City of Charlottesville and Albemarle County to improve public safety through the application of proven research in criminal justice decisions, Governor Terry McAuliffe today announced that the National Institute of Corrections (NIC) has selected Virginia to participate in Phase V of its Evidence-Based Decision Making (EBDM) Initiative.

As the General Assembly adjourned Friday, Attorney General Mark R. Herring highlighted the passage of several bills from his office to address Virginia’s heroin and prescription drug crisis, to protect children, seniors, and survivors of domestic violence, and to promote public safety throughout Virginia.

HB 1344, a bill to protect workers by making it clear that Safety Service Patrol employees are included in Virginia’s “move over” law, passed unanimously on Friday.

The Governor’s Task Force on Prescription Drug and Heroin Abuse met Wednesday to recommend steps to address a growing epidemic of prescription opioid and heroin abuse in Virginia.

Daylight is getting shorter; nights are getting cooler. Sure, summer has officially ended, but more importantly, fall wildfire season is here! And officials with the Virginia Department of Forestry want to keep you and your family safe from the ravages of wildfire.

Marcus Williams, the enforcer for the “36 Street Bang Squad Bloods” was convicted Thursday for his role in the 2008 murder of two Newport News teens.

Today, the re-election campaign of U.S. Sen. Mark Warner announced that a majority of sheriffs in Virginia have endorsed his re-election bid.

Attorney General Mark Herring today announced a series of initiatives to combat a recent rise in fatal overdoses of heroin and prescription opiates.

Governor Terry McAuliffe and Attorney General Mark R. Herring announced Wednesday that the Commonwealth of Virginia has reached an agreement with transportation network companies Uber and Lyft that will help ensure the safety of passengers, bring the companies into compliance with Virginia law, provide transparency into their operations, and promote a level playing field for transportation providers.

Bobwhite quail populations have plummeted in recent years due to loss of appropriate habitat, which includes fallow lands, field and forest edges, and brushy, weedy areas.

Governor Terry McAuliffe announced on Friday that Virginia’s re-incarceration rate has dropped to 22.8 percent, the state’s lowest rate on record.

At the ACLU of Virginia, we are often faced with cases, like this one, where it is necessary to protect what appears to be two competing constitutional rights.

This past week, the people of Lawrenceville and Brunswick County endured a tumultuous encounter with the federal government.

Congressman Robert Hurt (R-Virginia) released the following statement following tonight’s public hearing at Brunswick High School on the plans to use the campus of St. Paul’s College in Lawrenceville as a detention center for juvenile illegal immigrants.

Congressman Robert Hurt released a statement in response to recent reports that the U.S. Department of Health and Human Services is considering using the campus of St. Paul’s College in Lawrenceville, VA as a detention center for juvenile illegal immigrants.

As we celebrate Memorial Day with our friends and family, let us honor those who paid the ultimate sacrifice to protect this nation and those who continue to risk their lives each and every day to keep our Commonwealth and our country safe.

Virginia kicks off Drive to Save Lives

The Drive to Save Lives campaign is a united effort by state police and highway patrol leaders, police chiefs and sheriffs to reduce highway crashes and fatalities.

A trio of bills from Attorney General Mark Herring to protect the public and hold criminals accountable were ceremonially signed today by Governor Terry McAuliffe in front of advocates and sponsors.

Today, Governor Terry McAuliffe announced the creation of the Commonwealth’s Railroad Safety and Security Taskforce. The announcement follows the April 30 derailment of a CSX train carrying crude oil shipped from the Midwest to Yorktown. 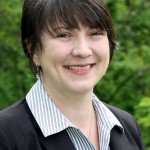 Bettina K. Ring began work this week as only the seventh State Forester of Virginia in the 100-year-history of the Virginia Department of Forestry. She was appointed by Gov. Terry McAuliffe just four weeks ago.

Last Wednesday the 2014 session of the General Assembly adjourned sine die at the end of the Reconvened Session that is called at the conclusion of each regular session to consider amendments to legislation proposed by the Governor and vetoes he made of any bills.

In preparation for today’s congressional hearing on proposed reductions to the National Guard, Lt. Gov. Ralph Norham sent a letter, in partnership with other lieutenant governors from throughout the country.

You pay your fair share of taxes. Small businesses do too. It’s the price we pay to educate our kids, protect our communities and have some security in retirement. Why shouldn’t some of America’s largest corporations pay their fair share too?