A solution to scalability: Researchers from top US universities collaborate on new cryptocurrency 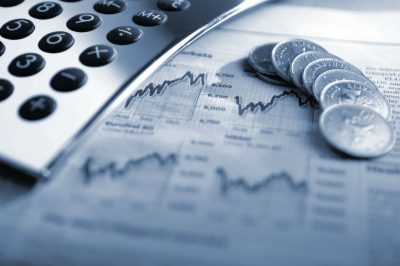 In a press release, a group of researchers have announced that they are working to develop a new cryptocurrency. The research, which is being conducted by a Swiss-based non-profit organisation, has led to the launch of a scalable payments network that they hope will outshine Bitcoin.

Research professors from Institute of Technology (MIT), UC-Berkeley, Stanford University, Carnegie Mellon University, University of Southern California and the University of Washington have combined their considerable brain power to produce a decentralised payments network that they say could rival Visa in terms of transactions per second. The associated cryptocurrency, dubbed “Unit-e”, is scheduled to launch some time in late 2019, with the project receiving backing from Pantera Capital.

With Bitcoin having scalability issues, and the number of transactions per second typically only working out at around ten, there is definitely room for improvement in the crypto market. The stated ambition of the research group, who operate under the name “Distributed Technology Research”, is to produce a system that can reach 10,000 transactions per second. This would dwarf Visa, which only processes roughly 1,700 per second.

Giulia Fanti, DTR’s lead researcher and Assistant Professor of Electrical and Computer Engineering at Carnegie Mellon University, explained the project, by saying:
“In the 10 years since Bitcoin first emerged, blockchains have developed from a novel idea to a field of academic research. Our approach is to first understand fundamental limits on blockchain performance, then to develop solutions that operate as close to these limits as possible, with results that are provable within a rigorous theoretical framework.”

Meanwhile, Pantera co-chief investment officer Joey Krug, who is also a DTR council member, was extremely optimistic about the potential of Unit-e. He was quoted as saying, “The mainstream public is aware that [existing cryptocurrency] networks don’t scale. We are on the cusp of something where if this doesn’t scale relatively soon, it may be relegated to ideas that were nice but didn’t work in practice: more like 3D printing than the internet.”

Of course, one major solution to scalability issues has been the second layer payment protocol known as the Lightning Network. The growth has been extremely positive, with 2800 active nodes, 20,000 channels and a reported $2 million network capacity pointing to the growth of the network since its launch. However, the largest nodes are growing at such a rate that many feel centralisation of the Lightning Network is an inevitability.

This is, of course, in direct conflict with the very concept of decentralised currencies and something that has been the cause for concern for quite some time. However, there is an indication that retaining decentralisation is a priority of DTR’s: “The project’s ideology is firmly rooted in transparency, with a belief in open-source, decentralized software developed in the public interest with inclusive decision-making. Good governance is essential for maintaining this ideology and fostering the long-term development of the Unit-e ecosystem.”