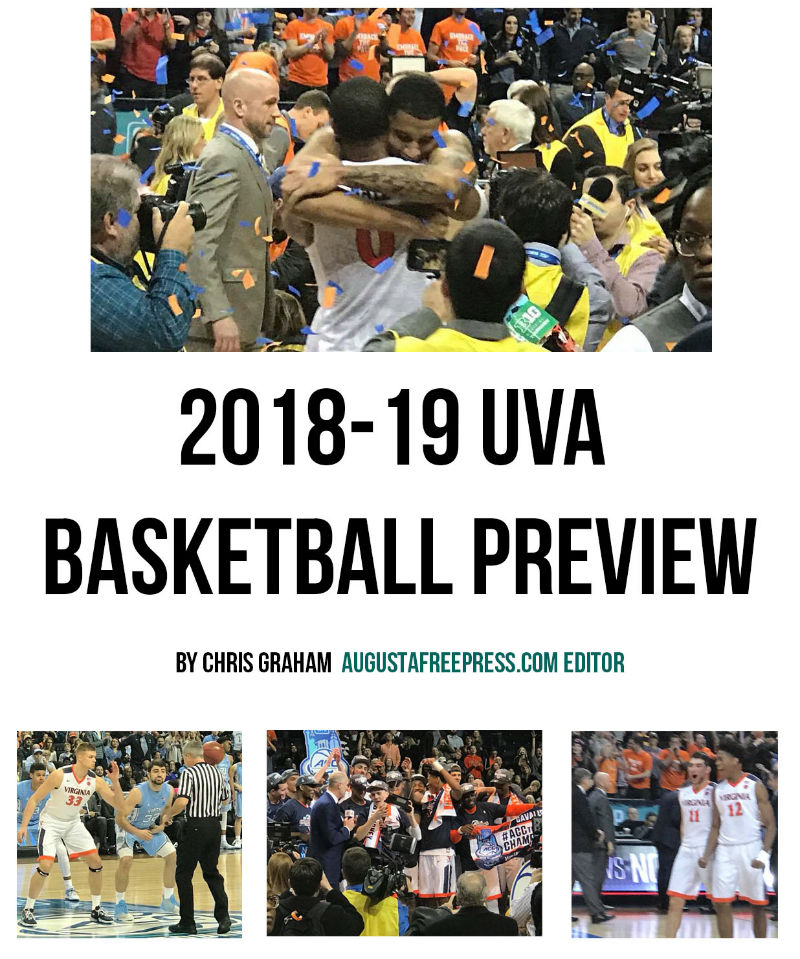 UVA Basketball finished the 2017-18 season ranked at the top of the national polls, but then something happened at the end that we can’t talk about. Suffice it to say, the ‘Hoos enter the 2018-2019 season with motivation, and a talented roster that will have UVA back at the top of the polls again this winter. Augusta Free Press editor Chris Graham offers his insight and analysis on the ‘Hoos, breaking down the roster, the legacy of coach Tony Bennett, and how the loss to UMBC could fuel a run through March Madness next spring.